10 of the Best Athletes Born or Raised in California

A sampling of the Golden State’s best, across the decades. 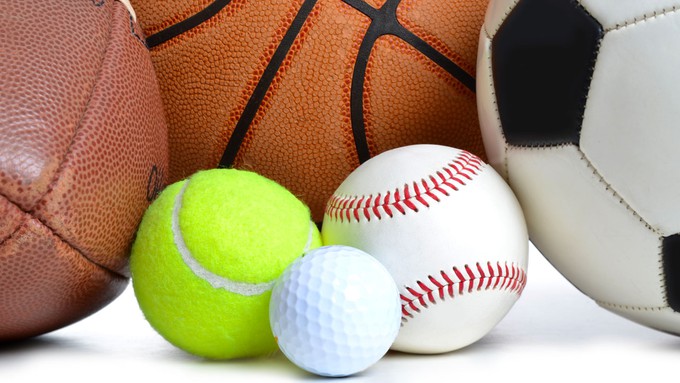 California has produced a stellar field of athletes in many different sports. The hard part is just naming 10.

Boasting nearly one-eighth of the population for the United States, California has had more than its fair share of celebrated athletes.

Even putting aside legends like Willie Mays, Joe Montana, Magic Johnson, and Wayne Gretzky—who were born elsewhere and starred professionally in the Golden State—numerous greats were either born in California or spent their formative years here. With its year-round climate and wealth of playing opportunities throughout the state, it’s little surprise why.

Here are 10 of the greatest athletes born or raised in California.

Claim to fame: Robinson broke Major League Baseball’s longstanding color barrier in 1947 with the Brooklyn Dodgers, becoming the game’s first Black player since 1884. But he’s also this high on the list because he likely could have played multiple sports professionally, lettering in no less than four at UCLA.

California connection: After being born in Cairo, Ga., in 1919, Robinson moved with his family to Pasadena. The 1930 U.S. census lists Robinson living at 121 Pepper St. with his mother, grandmother, three brothers, and two sisters. Robinson would stay on the East Coast after his playing career, retiring just prior to the Dodgers moving to Los Angeles, though Pasadena celebrates him to this day. 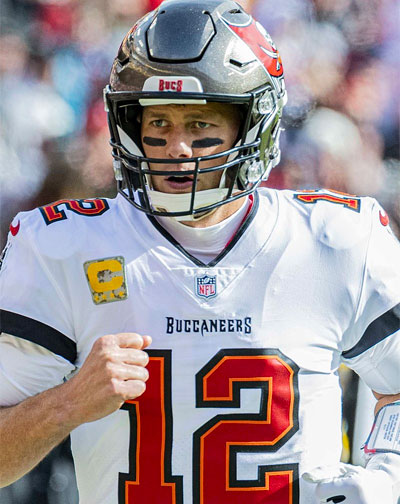 Claim to fame: Maybe the most ageless player in National Football League history, before retiring at age 44—and then just 40 days later announcing he would return for the Tampa Bay Buccaneers’ 2022 season—the quarterback won a record seven Super Bowl titles and a record five Super Bowl MVPs.

California connection: Before his legendary 20-season run with the New England Patriots or a stellar college career at University of Michigan, Brady was born in San Mateo. Growing up during the San Francisco 49ers’ dynasty of the 1980s and early ’90s, Brady idolized Joe Montana and yearned to eventually play for the team. But the 49ers passed on him in the 2000 NFL Draft to select a quarterback named Giovanni Carmazzi, who lasted just two seasons.

Claim to fame: Woods has struggled with injuries and personal issues since late 2009, winning just one major tournament in this time, the Masters, in 2019. Prior to his struggles, however, Woods won a staggering 14 major tournaments by his 35th birthday.

California connection: Though Woods has been a longtime Florida resident, he grew up in Southern California and attended Stanford for two years before dropping out to turn professional as a golfer. In one way or another, he’s maintained ties to the state, including having a serious traffic accident on the Palos Verdes Peninsula in February 2021.

Claim to fame: Arguably the greatest defensive player in National Basketball Association history, Russell was a mainstay of the Boston Celtics dynasty of the 1950s and ’60s, helping the team win championships 11 of his 13 seasons.

California connection: Although born in Louisiana, Russell moved with his family to Oakland as a child and attended McClymonds High School in West Oakland. At this school, he played basketball on the same team as future baseball Hall of Famer Frank Robinson. He would go on to star at University of San Francisco before turning pro.

Claim to fame: Williams wanted people who saw him on the street to remark that there went the greatest hitter who ever lived. Whether he accomplished this is a matter of debate, though his credentials at least place him high in the conversation. This includes a .356 lifetime batting average with the Boston Red Sox, a .406 clip in 1941 that hasn’t been topped since, and two Triple Crown awards.

California connection: Williams grew up in San Diego. The 1930 U.S. census lists him as an 11-year-old living at 4121 Utah St. with younger brother Daniel and father Samuel Williams, a photographer, and mother May Williams, an envoy for the Salvation Army. He would later attend Herbert Hoover High and get his start professionally with the old San Diego Padres of the Pacific Coast League before signing with the Red Sox. 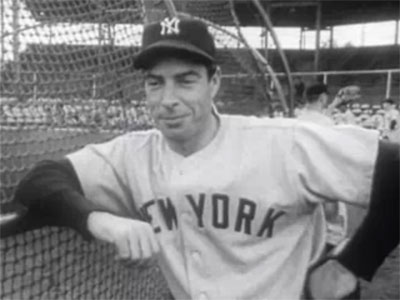 Claim to fame: Joltin’ Joe played just 13 years of Major League Baseball, his career curtailed by an injury while he was in the minors and three years of service during World War II. He made the most of his relatively brief time in the majors, though, batting .325 lifetime for the New York Yankees and hitting safely in the 56 consecutive games in 1941. He would be named the greatest living player in 1969.

California connection: The son of Italian immigrants who came to the U.S. around the turn of the 20th century, DiMaggio was born in Martinez in 1914 and grew up in San Francisco’s North Beach. The 1930 U.S. census lists DiMaggio, his parents, and eight siblings living at 2047 Taylor St.

Claim to fame: Leslie is one of a handful of people who could arguably claim the title of greatest women’s basketball player. A 6-foot-5-inch center and four-time Olympic gold medal winner, Leslie was one of the first players drafted in Women’s National Basketball Association history and went on to an iconic 12-year run with the Los Angeles Sparks. Among her accomplishments in the WNBA, Leslie averaged 17.3 points, won two titles, and was the first person in league history to dunk.

California connection: Leslie was born in Compton in 1972, attended Morningside High School in Inglewood, and starred at USC.

Claim to fame: Bonds won seven National League Most Valuable Player awards and hit a record 762 home runs. How much of this was due to use of performance-enhancing drugs remains uncertain, though even before he was alleged to have begun juicing in the late 1990s, Bonds was one of the finest all-around players in the game.

California connection: The son of an outstanding player in his own right, Bobby Bonds, the younger Bonds was born in Riverside in 1964, just after his father had graduated from Riverside Poly High School. Later, after the senior Bonds established himself with the Giants, he moved his family to the Bay Area. Barry grew up in San Carlos and, like Brady, attended the elite Junipero Serra High School in San Mateo.

Claim to fame: Miller, a small forward, averaged 23.6 points a game at University of Southern California and led Team USA to a gold medal in the 1984 Summer Olympics. Injuries curtailed her professional career thereafter, though she was still an inaugural member of the Women’s Basketball Hall of Fame in 1999 and is considered one of the greatest women’s basketball players ever.

California connection: Miller grew up in Riverside in an excellent athletic family, with brother Reggie Miller a men’s basketball Hall of Famer and another brother, Darrell Miller a retired Major League Baseball catcher.

Claim to fame: One of a handful of people to win the Olympic decathlon multiple times, Mathias took gold at the London games of 1948 and the Helsinki games of 1952, where he set new records. He also played fullback for Stanford, helping lead the team to the Rose Bowl in 1952.

California connection: Born in Tulare, near Fresno, Mathias grew up the son of Dr. Charles and Lillian Mathias. The 1940 census lists Mathias, his parents, and three siblings living at 790 E. King St. in Tulare.


Article exploring songs, books, movies and other works from art and culture which feature our beautiful state.