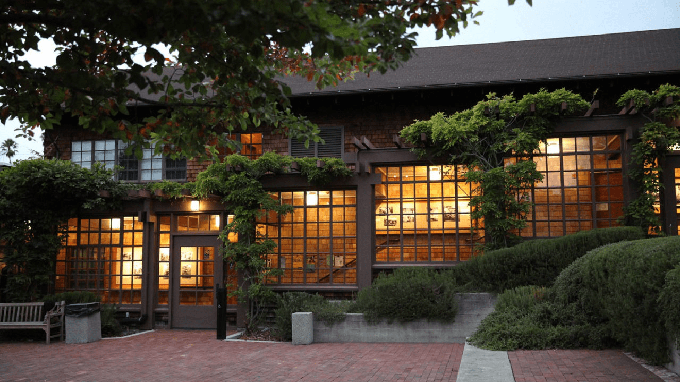 Money that initially was earmarked for news outlets will instead be dispersed as stipends to recent graduates working in journalism in underserved communities.

The recent end of the 2021-22 California state legislative session meant the official death of SB 911, a bill introduced in February by Sen. Steve Glazer (D-Orinda) that could have provided $25 million in funding for journalism in the state had it been signed into law.

But the money that was approved for the bill will still likely fund journalistic efforts in California. Multiple sources told California Local that the $25 million in funding that had been intended for SB 911 will instead go to UC Berkeley to support a fellowship program through its graduate school of journalism.

Glazer’s chief of staff and former Sacramento Bee and Los Angeles Times reporter Daniel Weintraub said that the money had been in the state budget passed in June “for the purpose of supporting the expansion of local public affairs coverage,” and that Glazer had personally requested it.

“Once the bill stalled, he had discussions with senate leadership about what was going to become (of the) money and was essentially told that if he didn’t come up with another way… to appropriate that money consistent with the original vision, that it would likely be diverted to other purposes,” Weintraub said.

By as soon as next summer, the money could help provide $50,000 annual stipends to recent graduates working in journalism in underserved communities, according to Steve Katz, assistant dean for advancement for Berkeley’s journalism school and a former publisher of Mother Jones magazine.

“We want this money to really help the communities that need it the most both to do local accountability reporting on what’s going on in local politics and community life, but also to help these communities tell their own stories through journalism,” Katz said.

The move was perhaps the closest the state could come for now to helping fund journalism in California, with SB 911’s legislative journey a months-long and at times contentious process.

SB 911 was based on a model adopted in recent years that created the New Jersey Civic Information Consortium, which began offering $35,000 grants to media organizations there in 2021.

The move to create the New Jersey consortium came amidst a long decline for legacy media, including in California. Non-partisan journalism advocacy group Free Press Action, which helped pass the law for the consortium, said in a March press release that California had lost 25 percent of its newspapers and had seen half its circulation vanish in 15 years.

But pretty much from the start, SB 911 drew criticism and struggled to attract supporters, with key stakeholder groups such as the California News Publishers Association (CNPA), the First Amendment Coalition, and California Common Cause declining to sign on. Analysis of the bill prepared ahead of a June hearing by a State Assembly staffer noted the support of just one organization, the Media Alliance.

“Honestly, the biggest issue with this bill was they were trying to fit a square peg in a round hole and it wasn’t working,” said Brittney Barsotti, general counsel to the CNPA, which was one of more than a dozen groups that opposed SB 911.

Julian Do, co-director of San Francisco-based Ethnic Media Services, which also opposed SB 911, said last week that although the bill appeared to be well-intentioned, it didn’t “really serve and support the community.”

Early on, SB 911 called for $50 million in funding for journalism in California and for the creation of a 15-member California Board to Fund Public Interest Media that would distribute funds. The California State Senate’s Governmental Organization Committee voted 8-4 on March 29 to advance the bill. “We’re hoping to be the trendsetter,” Glazer spokesman Steve Harmon, another former journalist, told California Local at the time. “We’re hoping to show the rest of the country that the importance of journalism and the importance of democracy are at the heart of this bill.”

The State Senate Appropriations Committee approved the bill 5-2 on May 19, though by this point, ethnic media representatives were voicing concerns that the bill wasn’t offering sufficient funding for their sector. There were also concerns voiced about the proposed board to distribute funds. Concerns continued to be voiced when the bill was heard again June 29 by the Assembly Accountability and Administrative Review Committee.

“Our theme song will be, for every media, ‘Ain’t Too Proud to Beg,’ because every one of us will be lining up to figure out how do we get our news media welfare check so we can stay in existence?” Oakland Post publisher Paul Cobb said during the hearing.

David Snyder said Thursday that the First Amendment Coalition ultimately decided not to take a position for or against the bill. But Snyder noted that his organization had concerns from early in the legislative process about whether a sufficient firewall could be maintained between public grantmakers and media organizations receiving funds.

Snyder said that when a government entity “ultimately holds the purse strings… it raises the possibility that government would therefore be involved in how that money and what kind of editorial decisions are made based on that money.”

Barsotti also told California Local in late June that the bill favored “large nonprofits over the small businesses that are ethnic media and local media.” Weintraub bristled Wednesday over any suggestion SB 911 favored nonprofits. “We actually believe that there were opponents of the bill who were deliberately mischaracterizing the bill,” Weintraub said. “There was absolutely nothing in SB 911 that directed any of the funding or in any way favored nonprofit organizations.”

The bill’s language shows that two references to nonprofits were removed, with the word “nonprofit” not appearing in the final language of the bill. SB 911 called for allocating at least 25 percent of funds for ethnic media and 25 percent for local news.

Mike Rispoli, senior director of journalism policy for Free Press Action said CNPA circulated inaccurate information about the New Jersey Civic Consortium’s grantmaking abilities, including why the consortium had been delayed in disbursing funds. Rispoli said industry didn’t favor SB 911 for fears over their bottom line. “They made it very clear that their priority was the profit over the people they serve,” Rispoli said.

While the Assembly Accountability and Administrative Review Committee voted 4-3 on June 29 to advance SB 911, chair Cottie Petrie-Norris (D-Laguna Beach) called for a two-week window to address certain issues with the bill, or she would pull support. Weintraub said Wednesday that after it became clear that SB 911 wouldn’t have support to pass “we agreed to then voluntarily suspend the bill.”

The bill was pulled Aug. 3.

Details are still being hashed out for the journalism fellowship program, including how many people it will serve.

A UC Berkeley web article on Sept. 7 said the program would “award up to 40 fellows per year for at least three years with a $50,000 annual stipend to supplement their salaries,” which would account for $6 million of the $25 million approved. Weintraub said there will be three cohorts, with Katz saying there would be at least that many. Katz said fellows will need to be recent graduates, but won’t be required to have attended Berkeley’s journalism school (which has roughly 120 students.)

Remaining funds beyond what’s paid to the fellows would be used to support the fellowship program.

It appears the state won’t have an active role in overseeing how UC Berkeley spends the money. An assembly staffer told a consultant in an email obtained by California Local that the state would provide no further direction on how the money gets awarded, since there no longer will be a connected political board. The state taking a backseat in how the money gets allocated is welcome news to people like Snyder, who said, “The focus is in exactly the right place and that is funding specific journalism positions.”

Rispoli is also hopeful about the fellowship program

“To me, at the end of the day, the most important thing is can public funding be used to create more high-quality journalism and civic information,” Rispoli said. “And I think that there’s a real possiblity with this and we look forward to working with UC Berkeley in implementing this program.”

The fellowship program could come together quickly, with Katz saying the school is in process of hiring a project director and staff, as well as putting together an advisory board. “Our intention is to get this thing launched in time for folks to start in the summer,” Katz said.

Weintraub said he was disappointed that SB 911 didn’t pass.

“But we also believe that the end product is going to be a very strong program,” Weintraub said. “It’s definitely the largest public commitment to local journalism by a state in the United States that we know of. And we think that it could be a model for the nation.”