How to Save Water: Simple Steps You Can Take to Help California Deal With Worsening Drought

As California’s drought only gets worse, here’s what you can do to help. 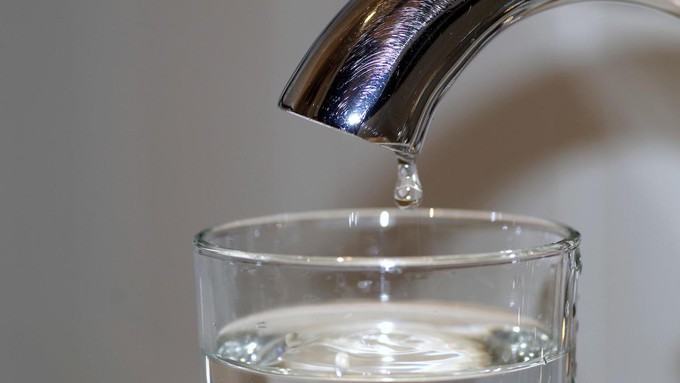 With the entire state of California in at least a “moderate” drought, according to the U.S. Drought Monitor, and almost half of the state’s territory under “extreme” drought conditions, it’s pretty important to avoid wasting water. But many of us don’t. We’re literally leaking water away. The average American household wastes 180 gallons of water every week, or 9,400 gallons per year, from leaks alone, according to the United States Environmental Protection Agency. If that water could be recovered, it would be enough for 300 loads of laundry, free.

If you’re wondering where most of that water is being leaked, the answer is—the bathroom. Leaky toilets are especially difficult to detect. Even if a toilet isn’t “running,” it can still be leaking. But it’s not just leaks that cause bathrooms to waste water. If you aren’t turning off the faucet while you brush your teeth and shave, you are wasting 5,700 gallons per year—again, that’s in addition to the 9,400 gallons of leaks.

Here is a list of some other (mostly) simple steps anyone can take to conserve water, the world’s most precious resource.

1. Get a WaterSense Toilet

A certain former president was fond of complaining that due to water conservation measures, “people are flushing toilets 10 times, 15 times, as opposed to once.” While it wasn’t clear who, if anyone, was actually doing this, he appeared to be referring to “low-flow toilets,” which use just 1.6 gallons of water per flush as opposed to the five gallons used by older toilets.

In fact, low-flow toilets have been the only kind manufactured in the United States since 1990, and in 1992 Republican President George W. Bush signed a federal law requiring low-flow models to become standard in all new buildings. California law went even further, requiring low-flow toilets to be installed in all homes and any other structures in which people might have to use a bathroom. In 2016, the state toughened up its toilet law, requiring all toilets (and urinals) sold in California to utilize no more than 1.28 gallons per flush.

There was one type of toilet that already met that standard, without sacrificing performance. In other words, no one was forced into double-digit flushing. Just one does the trick. Toilets bearing the EPA-approved WaterSense label consume about 20 percent less water than standard low-flow toilets. If an average family replaced all toilets in its home with WaterSense toilets, according to the EPA, it would result in 13,000 gallons of water saved each year.

While WaterSense toilets come in a variety of models across various price ranges, numerous California cities and counties offer rebate programs, allowing residents to save money on their WaterSense toilet upgrades.

2. Cut Down Waste in the Kitchen

The kitchen also offers a plentiful opportunity for water savings. While it may seem like a dishwasher is a luxury, for example, the machines—especially the water-efficient more recent models—use less water than doing it the old-fashioned way.

If you must do dishes by hand, however, the easiest water-saving practice is simply to shut off the faucet while washing. Fill a basin with water for washing, and another for rinsing, and let that be that, rather than using running water to rinse the dishes. The pots and pans used for cooking that tend to need extra scrubbing should be soaked, rather than trying to loosen the remnants of dinner with a stream from the faucet.

If your kitchen sink includes a garbage disposal, try not to use it. Instead, compost your uneaten vegetable remains—another step that will result in large savings of water. The water you use to rinse fruits and vegetables before eating or cooking them can also be saved and used to water household or outdoor plants.

Even as the state is parched, a typical single-family California home wastes eight of every 100 gallons it uses due to easily fixable household leaks. A leaky faucet that drips at a rate of one drop per second wastes a stunning 3,000 gallons per year, or enough water to take 180 showers.

Take a look at your water bill. If it shows more than 12,000 gallons per month for a household of four people, you’ve got a serious water leak problem. The first step is to find stealth toilet leaks by dropping a small amount of food coloring or dye in the tank. If you see any of the coloring in the toilet bowl after about 10 minutes without flushing, the toilet is leaking. The first easy fix may be to replace the “flapper,” that is, the plastic or rubber valve seal in the tank. These parts decay due to minerals in water, and new ones cost only somewhere from five bucks to $25.

Inexpensive parts such as washers and gaskets can also lead to leaky faucets in sinks and bathtubs. Showerheads may also need replacing. A leaky one that drips only 10 times per minute wastes 500 gallons of water per year.

That can mean making some adjustments—if often only minor ones—to live a less water-heavy lifestyle. Much water use is not as immediately visible as leaky toilets or faucets. For example, forgoing bottled drinking water can save water. Why? According to a National Public Radio report, to manufacture one liter of bottled drinking water actually consumes 1.39 liters.

But the real total may be even higher. Adding in the water used throughout the supply chain—such as water used to drill for the petroleum used to manufacture the plastic bottles—up to three liters may be required to create a single half-liter bottle of water. That means for every liter of bottled water you drink, you’re really consuming six times that much.

Even the clothes you wear suck up huge volumes of water. A pair of 100 percent cotton jeans takes more than 2,100 gallons to manufacture, and a cotton T-shirt consumes 659 gallons. A pair of leather shoes requires more than 3,600 gallons, probably because the cows that need to be raised to provide the leather consume a lot of water. For drinking purposes alone, an adult, non-lactating cow needs one gallon of water per 100 pounds of body weight—and a typical cow tips the scales at 1,600 pounds.

Cutting down on bottled water seems simple enough, but should you stop wearing clothes? That’s not a practical solution, but cutting down on purchases of new clothes, and recycling or reusing older clothing items, can go a long way toward reducing overall water consumption, scaling back down on what conservation experts call your “indirect water footprint.”

The word sounds like something out of Star Trek, but the term—coined in 1981 by the water department in Denver, Colorado—is just a combination of “landscape” and the Greek word “xeros,” which means “dry.” Xeriscaping, in the case of a household yard, simply means landscaping in a way that requires the smallest amount of water possible.

Urban water—that is, water consumed by households and businesses in cities and suburbs—accounts for 10 percent of all water used in California, and about half of that is used outdoors, largely to irrigate lawns. Xeriscaping cuts down on outdoor urban water use. So how do you do it?

If you have the resources to hire a professional landscaper, choose one certified in SmartScape techniques. SmartScape is a type of landscaping that uses a “blend of water efficient plant species and cutting edge irrigation technology” to minimize the need for lawn-watering.

But there’s no reason that homeowners can’t do their own xeriscaping. The first step is to do research into the best, and hopefully most attractive, drought resistant plants to grow in your xeriscaped yard. They don’t all have to be cactus. A variety of brightly colored wildflowers, from purple sage to Arroyo de la Cruz blue-eyed grass, can make an eye-catching front or back yard while requiring little water, or in some cases no water at all.

Growing the plants yourself, from seeds, is considerably less expensive than purchasing mature plants. Of course, the fully grown plants create an instant xeri-garden, while growing from seeds takes some patience. It will be a few months before your new yard comes to fruition.

Either way, before planting, take the time to plan your new yard taking special note of sun patterns. Drought-friendly plants may not need much water to grow, but they definitely require sunlight. Planting in areas that do not receive adequate sun exposure will lead only to frustration. Soil quality is also an important factor. Do your research and test your soil to make sure it contains the correct nutrients for the plants you want to grow. Adding mulch or compost can add nutrients to areas where the soil isn’t rich enough.

In the middle of a drought that, measured over the two decades since 2000, is the worst in the Southwest in 1,200 years, installing a backyard swimming pool might seem like an inexcusable luxury. But here’s the surprise—swimming pools can actually save water. At least compared to traditional lawns, over a period of time.

As the drought intensified in the early 2010s, a number of California water districts imposed strict bans on filling swimming pools, or even topping off pools that have lost some water. But according to a Los Angeles Times report, while pools obviously require a large volume of water to fill initially, managed properly a pool may consume less water than a lawn after its first three years of use.

Nonetheless, there are steps that pool owners can take to minimize water use without giving up their beloved pools. One of the most important—cover the pool when it’s not in use. A pool cover can reduce water lost to evaporation by as much as 90 percent. Keeping the temperature down on a heated pool also cuts back on evaporation.

Like kitchen sinks, toilets and bathtubs, pools are prone to leaks. So regularly check your pool and quickly repair any leaks. How to check for leaks without hiring a professional? The simplest way is to mark the water level with tape or a water-soluble pen. If, after 24 hours, the water level is down by more than a quarter-inch (which could be accounted for by evaporation), you probably have a leak.

Keep It Fresh
Is something missing or out of date here?
→ Tell Us About It
Related Articles 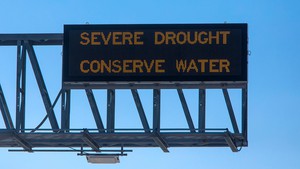 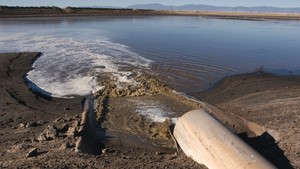 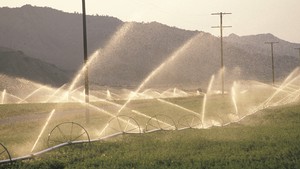