California Traffic Eased During the Pandemic, But Congestion Is Making a Comeback 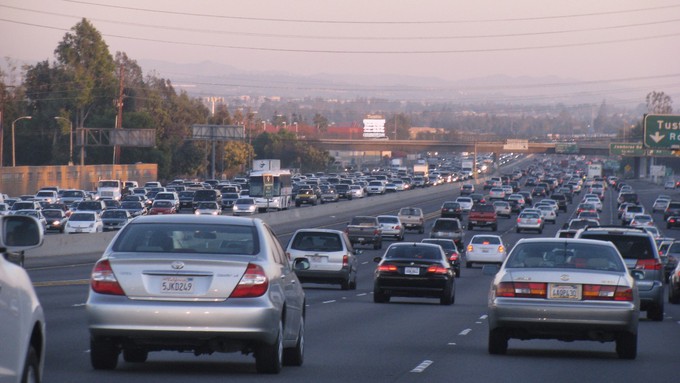 A new breed of super-commuter may cause post-pandemic traffic congestion to become worse than it was before March 2020. Daniel R. Blume / Wikimedia Commons   C.C. 2.0 Share-Alike License

Not much good can be said to come out of a global pandemic, but in 2020, at least for a short time, the COVID-19 shutdowns brought one welcome side-effect—some relief from the often brutal traffic that bedevils commuters in metropolitan areas throughout California. But that relief has been receding for months, and may soon be back at pre-pandemic levels. Or possibly even worse in some areas, according to a report by Tony Bizjak of the Sacramento Bee.

Sacramento faces a potential problem that the larger cities won’t have, according to the Bee report. During the pandemic when office workers found themselves working remotely, via the internet, many of those workers also realized they did not have to live near their physical workplaces.

Workers from Los Angeles, San Francisco and San Jose, as well as other big cities, found that as they were freed from the tether of office work, they were also free to seek out more affordable living situations further away from their places of employment, without missing out on work. As estimated 10,000 workers relocated to the suburbs of Sacramento—Roseville and Folsom in particular—according to the report.

Other Bay Area workers even moved to rural areas in northern California, such as South Lake Tahoe, Truckee, and Nevada County. But will these new residents continue to telework as the pandemic continues to recede? Or will they take to the roads of Sacramento County and surrounding regions, congesting those roads with even more traffic than prior to the COVID shutdowns? Traffic experts just aren’t sure yet.

CalTrans is already anticipating the heavier traffic load, with plans to add a new lane in each direction on the already-bottlenecked Interstate 80, the main artery connecting California’s capital region with the Bay Area. The highway-widening project, to be accomplished with an $86 million grant from the federal Department of Transportation, should ease congestion in the Sacramento area not only with the new lane each way, but by encouraging car-pooling. Cars in which the driver is the sole passenger will be required to pay a toll to use the added lanes.

The pandemic had a significant effect on easing traffic jams in major California cities. According to data from the mapping company TomTom, which produces an annual study of traffic patterns in more than 400 major cities throughout the world, three of the 20 world cities seeing the biggest drops in traffic congestion during 2020 were in California: Los Angeles, 10th in the world with a 15 percent drop; San Francisco, which TomTom ranked 11th though it also showed a 15 percent drop; and San Jose at the 15th spot, with a 14 percent reduction.

San Diego ranked 71st in the world for reduced traffic, with a 9 percent drop.

But as health restrictions meant to slow the spread of COVID-19 have been relaxed or dropped altogether, traffic is now bouncing back to where it was before March of 2020. Or in some cases worse. According to a Bay Area News Group report by Ethan Baron in the Mercury News, even though about 60 percent of area companies said that they are not requiring workers to come back to the office at this time, traffic on the Bay Bridge is already worse at peak hours than before the pandemic.

The cause, according to Nick Josefowitz of the non-profit public policy group SPUR, is an increase in drivers making their commute alone—a result of pandemic-related cuts to public transit as well as ongoing hesitation about catching the coronavirus from a carpool-mate.

The migration of workers out of the Bay Area during the pandemic appears also to have given rise to a new crop of long-distance commuters who don’t have easy access to public transit for their “super” commutes, also adding more cars to the road as those workers start returning to their offices for at least some of their workdays, Josefowitz said, as quoted by Baron.