How Did Santa Cruz, California Become So Hip?

Looking back at the Sixties and Seventies in America's Hippest Little City. 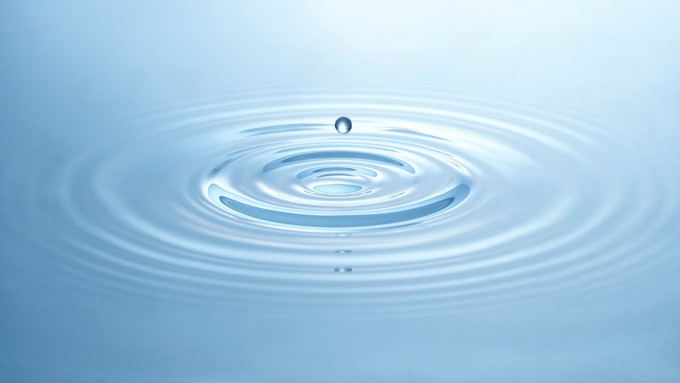 Like ripples in a pond, the hip impulse moved through Santa Cruz and beyond, and continues across generations.

Something happened in Santa Cruz, something big.

Starting at the end of the 1950s, strangers started moving in and settling down and things started changing. It wasn’t just the opening of Cabrillo College in the old Watsonville High School campus back in 1959, and it wasn’t just the founding of the first UCSC college a few years later in 1965—though both institutions of higher learning certainly played their parts.

It was the kinds of people who were drawn to the area during that time. Like the guy who felt pre-destined to open a bookstore, or the metal sculptor who became the center of a major First Amendment case, or the Merry Pranksters passing through and moving in, or the psychiatrist who opened a barn in Scotts Valley in 1966 which hosted psychedelic raves with light shows and music and …. Wait. Scotts Valley?

Why yes, as documented in volume one of Hip Santa Cruz, a five-volume series of oral histories and personal memoirs that “documents the unique cultural phenomenon that took place in Santa Cruz, California, circa 1964-1970.”

Edited and assembled by local participants of the era, led by the renowned mathematician and chaos theorist Ralph Abraham, the books provide a fascinating account of a special time in a special place. The first volume was published in 2016, and subsequent editions were released at the rate of around one a year.  As each volume was released, new voices stepped forward to add their memories, and so the series meanders organically and without focus. The lead editor for volume five was T. Mike Walker, a retired Cabrillo College professor who once taught a Native American literature class in a tipi above the main campus.

Santa Cruz is the second smallest county in California by geographic area. And it’s always punched above its weight in creative output.

Volume one documents the Perfect Music explorations of the 25th Century Ensemble in the Santa Cruz Mountains in the spring of 1964; as well as the openings of a number of institutions: the Hip Pocket bookstore in fall of 1964; UCSC in 1965; the original Catalyst in Santa Cruz and the Barn in Scotts Valley in 1966. It also documents Ralph Abraham’s move from Princeton University to teach math at UCSC in 1968.

Hip Santa Cruz 2 examines the “early” (1960-1967), “peak” (1968) and “late” (1970s) periods of the development of local hip culture and institutions. Volume three begins with a timeline chronology of events starting in the 1930s, and is split into separate sections, with Part 1 documenting the Women’s Movement, Part 2 Theater, Part 3 Music, Part 4 UCSC, and Part 5 the San Lorenzo Valley.

Santa Cruz: a Magnet for Creatives

Santa Cruz is the second smallest county in California by geographic area. And yet, as a longtime local who arrived in the early eighties, it’s always felt like the place punches above its weight in terms of creative output. Indeed, that is reflected in various ways, such as the remarkable number of patents produced here.

The history presented in the Hip Santa Cruz series seems to support the notion that our county is special in ways that transcend the climate and natural beauty, and it has been special for a long time. The area is a magnet for agents of change. As documented in Hip Santa Cruz, among them are some true heroes.

Kate Boland, Raven Lang and the women of the Alba Road Birthing Center in Ben Lomond, along with Celeste Phillips, who led the Cabrillo nursing program, were nationally recognized leaders of the home-birthing movement.

Before their years-long advocacy for humane birth practices, births took place in hospital delivery rooms, fathers were escorted to the waiting room and the woman was alone, attended by often impatient, mostly male physicians, with the just born baby taken off to the hospital nursery where it stayed, often for days, before being reunited with their mother and father and sent home.

(Because of their efforts in the ’60s and ’70s, our three children were safely and legally delivered at home in Santa Cruz in the ’90s, the last by Kate herself. The large number of experienced local midwives is another way in which our tiny county shines bright.)

A recurring theme is how people created spaces in which communities formed.

Reading the Hip Santa Cruz series reminds us of our potential to be part of something larger; to ourselves be agents of change and builders of communities.

The business side of the Hip Pocket Bookstore, The Catalyst and The Barn wasn’t the main event. These were places where like-minded people could find each other and get together. Likewise, the Birthing Center on Alba Road was a women’s space to talk and learn and raise consciousness and support each other in the living as well as birthing process. And in the same vein, Paul Lee discovering “the Crucified … the place name–Santa Cruz, Holy Cross” made manifest in an old oak tree in the Pogonip, and hosting services there on Thanksgiving, Christmas, and Easter, amplifying the bonds of spiritual community and the spirituality embodied in the area.

Reading the Hip Santa Cruz series is illuminating not just because it reveals the history of so many local landmarks and the astonishing number of enduring institutions and programs that began back then, but because it also communicates the energy of the time, and reminds us of our potential to be part of something larger; to ourselves be agents of change and builders of communities.

As noted at the end of volume four, pondering the source and nature of events during the “hip period”, and the evolution of the hip impulse rippling through Santa Cruz (and indeed, the world) during that time and beyond, Abraham concludes: “There is no end to miracles.”

Nowhere is this clearer than in the story of Paula Holtz, who at 16 ran off with the Merry Pranksters and at 19 was married to Prankster Ron “Hassler” Bevirt by Paul Lee in the UCSC Quarry Amphitheater. Holtz later gave birth to a beautiful baby boy at home with her husband, attended by local women. She went on to become a nurse midwife and received a Ph.D in clinical psychology while raising her son, JoeBen Bevirt, who himself would go on to found Joby Aviation and coax electricity into flight.

What is hip, if not miraculous?

Created to serve as a public record repository for the Hip Santa Cruz History Project, documenting the unique cultural phenomenon that took place in Santa Cruz, California, circa 1964-1970.  It also functions as a community engagement tool, in order to draw in more interviews, media and artifacts, and to promote future events.

Keep It Fresh
Is something missing or out of date here?
→ Tell Us About It
Related Articles 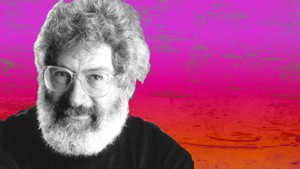 INTERVIEW
How Ralph Abraham Made His Chaotic Way to Santa Cruz
It was a short strange trip. 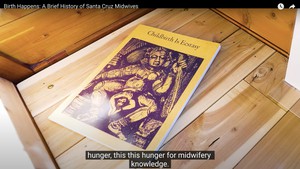 SIGNAL BOOSTER
Birth Happens
This short video documents the history of home birthing and midwifery in the Santa Cruz Mountains in the 1970s.