From Bad to Worse: A Chronicle of the Twin Perils of Fentanyl and Meth

Sam Quinones wrote about opioids in his last book. But now a tidal wave of drugs from Mexican cartels is plaguing ‘The Least of Us.’ 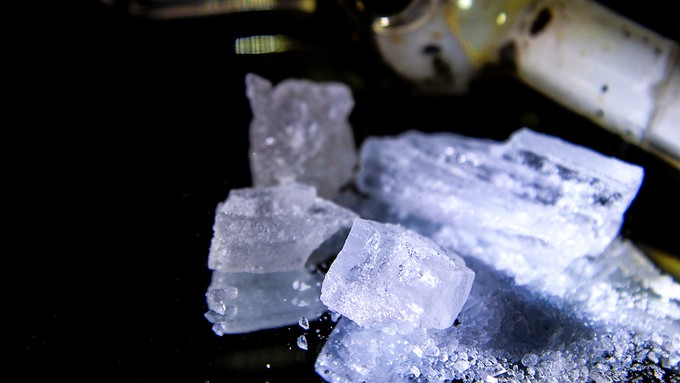 Drug cartels are using a method called P2P to produce meth that is “cheap, potent and relentless.” Metamorphic Photography   Shutterstock.com

Sam Quinones was on the opioid story back when “nobody really knew what an opioid was.” The ex-Los Angeles Times reporter’s book Dreamland (2005) described how Portsmouth, Ohio, was inundated with drugs, first by Oxycontin and then, when that got too expensive, by Mexican black tar heroin. Harriet Ryan of the L.A. Times interviews Quinones, whose newest is The Least of Us: True Tales of America and Hope in the Time of Fentanyl and Meth.

Quinones tells Ryan of his surprise in seeing Purdue Pharma sued out of existence because of the overprescribed painkillers they pushed. The reporter recalled thinking “there is no way this company, so powerful, so monied and so removed, is ever going to be called to account for this.”

Now America is awash with bootleg fentanyl. And Quinones is pessimistic about the ability of American law enforcement agencies to intercept the “cheap, potent and relentless” meth made by the southern drug cartels using a phenylacetone-based method termed P2P. It’s not breaking bad—it’s breaking worse.

“P2P meth carries with it profound symptoms of schizophrenia, primarily paranoia and hallucinations,” Quinones says. “It seems to turn people mad and incapable of living with other people, very quickly.” He blames the easily available drug for the mental problems encountered in homeless camps throughout the USA. It’s a bleak subject, but Quinones finds some hope in the smaller, less reported community activists fighting the twin plagues of meth and fentanyl.

Read more on LATimes.com: “The journalist who foretold the opioid epidemic sounds the alarm on the next wave.”