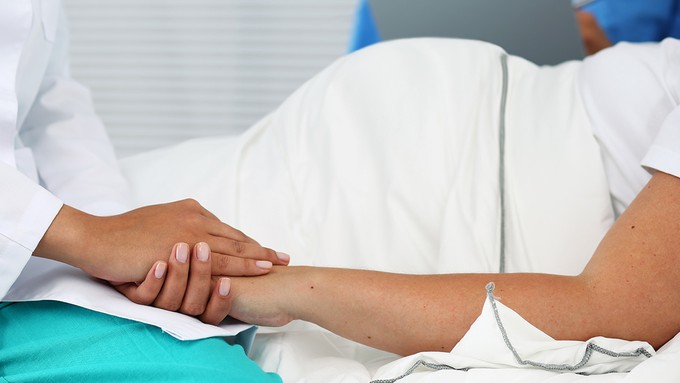 In her article for Good Times, Christina Wise exploes the exhibit Birth Happens at the San Lorenzo Valley Museum. Lisa Robinson of the San Lorenzo Valley Historical Society curated this exhibit on the local history of midwifery, one of the triumphs of the 1970s counterculture. Today home births are an option for tens of thousands, as opposed to the worst of unnatural childbirth parodied in 1983’s Monty Python’s The Meaning of Life, complete with the fetus-frightening protocol and the machine that goes “ping.”

Some of us have heard what it was like back then from our mothers. Longtime local midwife Kate Bowland notes, “In the 1960s and 1970s when women gave birth, they were drugged, tied down to the hospital bed, shaved and immediately separated from their babies.”

Several midwives of Santa Cruz County tell their stories in the exhibit, particularly Raven Lang and Linda Walker, founders (in 1971) of the Birth Center of Santa Cruz. The recently retired Bowland was stung by the local police in 1974 for carrying out what must truly be the world’s oldest profession—the cops called it practicing medicine without a license. Bowland finally attended midwifery school in 1975 at UC San Francisco, but she tells Good Times that a “midwifery school without walls” had operated in Santa Cruz County for years. “The San Lorenzo Valley was really the beginning,” she said. “We influenced the whole country.”