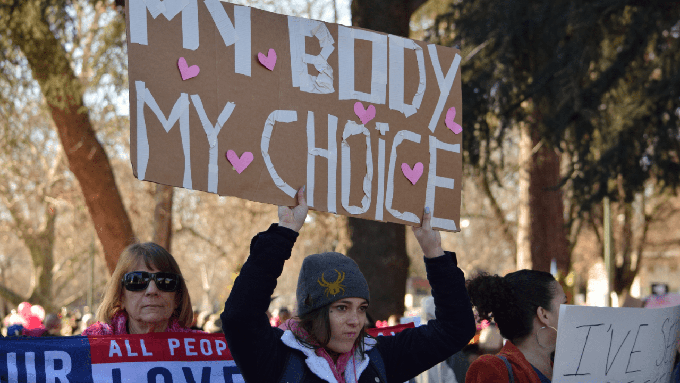 An estimated 30,000 women participated in the 2018 Women's March Sacramento, which concluded with a rally on the steps of the California State Capitol.

By Cary Franklin, special to CalMatters

Cary Franklin, a constitutional lawyer, is the McDonald/Wright Chair of Law at the University of California, Los Angeles, and the faculty director at the Center on Reproductive Health, Law and Policy.

The quest by anti-abortion lawmakers to strip pregnant people and their families of the power to make reproductive decisions and to give that power to the government leaves us all vulnerable—especially since the June ruling by the U.S. Supreme Court threatens not only abortion rights, but all rights protected under the right to privacy.

It’s important for California to shore up the rights we’re losing at the federal level and to reaffirm the idea that basic decisions about reproductive health care should lie with individuals, not government officials.

That is why Proposition 1 is on the November ballot.

Prop. 1 will explicitly enshrine protections for abortion and contraception in the California Constitution. Protecting these rights by name will ensure that even in the face of any future political shifts in the state Legislature or state courts, a person’s fundamental right to abortion and to use or refuse contraception will be protected in California.

Let’s set the record straight on what the proposition does or doesn’t do. Prop. 1:

• Secures the right of Californians to decide for themselves if and when to grow their families, and it keeps personal medical decisions where they belong: between patients and their medical providers. Enshrining these liberties explicitly in the state Constitution prevents activist judges in the future from holding that the privacy protections in the California Constitution do not extend to abortion.

That’s why criticism by anti-abortion forces that Prop. 1 doesn’t reference the term “viability” is so misplaced. “Viability” is not a term that belongs in the California Constitution. It is not a legal term. It is a medical term—and a complicated and hard-to-define one at that. This is one of the only issues on which the conservative justices who decided the case that overturned abortion rights agree with the major medical associations: The court devotes pages in its ruling to attacking the notion that viability is a legally meaningful line.

• Preserves legal protections Californians enjoy and strongly support. It is the opponents of Prop. 1 who are seeking radical change. Their ultimate agenda is to take personal medical decisions out of the hands of individuals—and out of the health care settings, where they belong—and turn them over to politicians and law enforcement. That is not what Californians want.

After Prop. 1 passes, doctors will still be subject to the same medical licensing and professional ethics standards. The state Legislature will still be able to legislate where abortion and contraception are concerned.

We want to live in a state where pregnant people can safely access the health care they need, where doctors are able to practice medicine and help their patients without fear, and where individuals and not the government are entitled to make the most basic and fundamental decisions about our reproductive lives. That is what Prop. 1 secures for future generations. 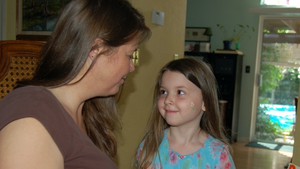 AGGREGATOR
New Bill Makes Paid Family Leave Affordable for All Workers
A new bill now in the state Senate would make paid family leave accessible even to workers on the lowest end of the income spectrum. 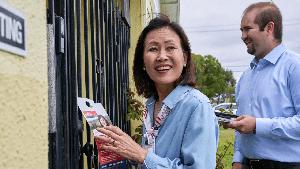 SIGNAL BOOSTER
Could California Save Dems’ US House Majority?
Democrats are targeting five Republican-held congressional seats in California this year, hoping that gains in the state could save their House majority.