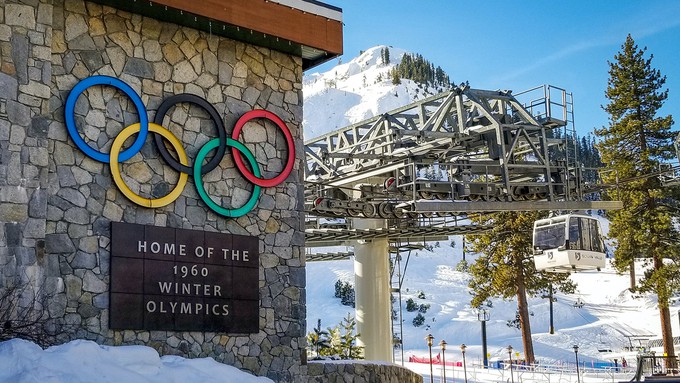 A year after the resort’s owners acknowledged that its name contained a “derogatory” and “offensive” term used to describe Native American women, the now-former Squaw Valley ski resort in North Lake Tahoe changed its name on Monday, according to a Sacramento Bee report. The resort is now called Palisades Tahoe—though that name refers not only to the resort that was the site of the 1960 Winter Olympics, but also to the nearby Alpine Meadows ski resort.

The name change is slated to become official when it is taken up at a Sept. 30 meeting of the California State Park and Recreation Commission. In September of 2020, the state announced that it was undertaking an initiative to reexamine place names in California’s parks and transportation systems, many of which bear names that contain racial, ethnic and sexist slurs.

Calls to change the Tahoe-area resort’s name began in 2020 during the nationwide protests over the police killing of George Floyd in Minneapolis, Minnesota. The resort’s owners said that after researching the history of the name and consulting with the Tahoe-based Washoe Tribe, they determined that the term “squaw” was indeed a racist and sexist slur against Native American women.

Though the resort has dropped the offensive term, hundreds of places in California and across the country still contain the word. According to an NBC News report from 2012, at that time there were approximately 1,100 place names containing “squaw” in the United States.

In 2019, the Squaw Valley Ski Museum changed its name to the SNOW Museum—an acronym for Sierra Nevada Olympic & Winter Sports Museum, a name which “better represents the geographic region and core values of the museum,” the SNOW website states.

In Santa Cruz County, Cabrillo College is close to concluding a process that may result in the school changing its name, because 16th-century explorer Juan Rodriguez Cabrillo conquered and enslaved the West Coast’s native Amah Mutsun people, according to a report by the Santa Cruz paper Good Times.

Under the Park and Recreation Commission’s “Reexamining Our Past” initiative, the state park system is also exploring new names for such places as “Negro Bar,” located in Folsom Lake State Recreation Area, and Patrick's Point State Park in Humboldt County, which is named for “homesteader Patrick Beegan, who was accused of murdering numerous Native Americans,” according to the initiative’s website.

According to a San Francisco Chronicle report, the owner of both Tahoe ski resorts, Colorado-based Alterra Mountain Corp., plans to connect the two resorts via a gondola. The name of the area that until this week was referred to as “Squaw Valley” will go by the name Olympic Valley in recognition of the Olympics held there more than 60 years earlier. The name Palisades Tahoe will refer to the newly combined mega-resort.