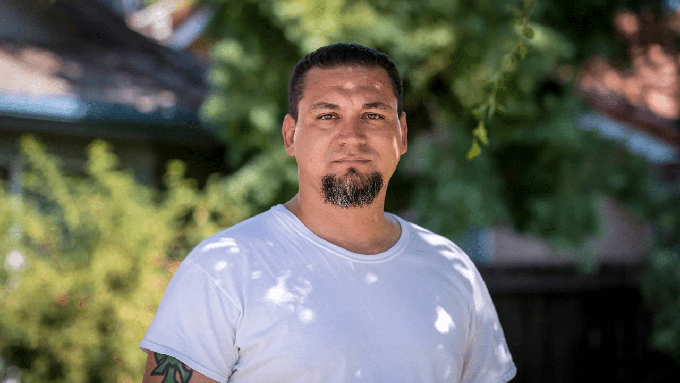 Quentin Nelms, who lives in Tulare, qualified for a state subsidy but the electric car's cost rose too fast.

But it wasn’t as easy as he thought it would be.

Nelms spent four months on a waitlist before he was accepted into one of the state’s clean-car incentive programs in January. He qualified for $9,500 that he planned to use to buy a 2022 Ford Mustang Mach-E. But after discovering that several dealerships had raised the car’s price by more than $10,000 during the time it took to get the grant, he could no longer afford the roughly $53,000 cost.

“We got into this program and it’s not helping like it’s supposed to,” Nelms said. “It’s useless at this time because there’s nothing out there and the cars that you do find, everything’s gone up in price.”

Affordable and efficient electric vehicles are critical to California’s efforts to tackle climate change and clean up its polluted air — by 2035, the state plans to ban all new sales of gas-powered cars.

But the state’s incentives and rebates for lower-income people who purchase electric cars have suffered from inconsistent and inadequate funding.

This year’s funding for some of the programs ran out in April — the waitlists have been shut down because of the backlogs. And even for the rebates that are still available, the obstacles are substantial: Program administrators are inundated with requests for the money, resulting in months-long waits — at the same time that prices are surging and electric cars are in short supply.

The troubled state subsidy programs raise a crucial question: Can California enact a mandate that requires 100% of all new cars to be zero emissions when a large portion of the population can’t buy them?

If most Californians can’t afford to replace their old, higher-polluting gas-powered cars, many of Gov. Gavin Newsom’s climate goals are in jeopardy, along with statewide efforts to clean up the nation’s worst air pollution.

New electric cars range in price from $25,000 to $180,000. Many models, including Ford’s popular Mustang and F150 Lightning electric truck, are sold out, with long waiting lists.

“As California transitions to an electric future, these vehicle markups are definitely pricing our clients out,” said Maria Ruiz, a supervisor at the EV Equity Program, which was launched by a Central Valley coalition of clean-air advocacy organizations. “We’ve seen markups as high as $15,000. So that sadly has been a big challenge.”

So far, it’s unclear how successful the state’s subsidy programs have been in cutting greenhouse gases because the Air Resources Board has failed to adequately measure it, according to an audit by the state’s Legislative Analyst’s Office.

Read “Can Californians afford electric cars? Wait lists for rebates are long and some programs have shut down” on CalMatters.org.