District vs. At-Large Races: The Final Frontier of Voting Rights 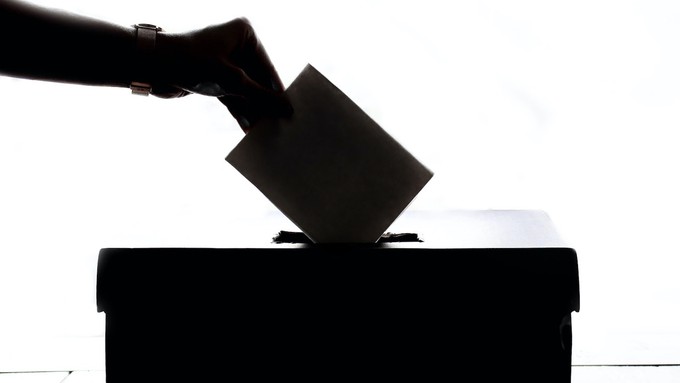 Californians who live in the state’s five largest cities, as one in five state residents do, have likely never given a thought to the way their city carries out local elections. Each city is divided into districts, and each district elects one member of the city council. Those cities have been electing their local government by district for decades. In Los Angeles, the state’s most populous city, the system dates back to 1925.

Prior to 1925, Los Angeles elected its city council using “at-large” elections—meaning a slate of candidates ran citywide, and the whole city voted on all of them. But even though Los Angeles ditched the at-large system amost a century ago, hundreds of California cities never did. They still elect their local governments the old-fashioned way.

What’s the problem with at-large elections? Simple. They are a form of voter discrimination.

“If you want to rig a local election, there’s an easier way than stuffing a ballot box, gerrymandering a district, or amassing a campaign war chest to scare off challengers,” the voting rights group Nonprofit VOTE wrote in a 2017 report. “Have your city or county adopt winner-take-all ‘At-Large’ voting, where, instead of using districts, all or most council or school committee candidates must run ‘at large,’ city or countywide.”

In her dissent to a 2013 United States Supreme Court decision that largely nullified the historic 1965 federal Voting Rights Act, Justice Ruth Bader Ginsburg specifically singled out at-large elections as a “second-generation barrier” to minority ballot access that should be barred by the law. (“First-generation” barriers include voter ID laws, literacy tests, restrictions on polling places and so on.) On the federal level, Congress has barred at-large elections for the House of Representatives since 1842.

At-large local elections discriminate against minority voters, leaving them without any meaningful representation on a city council, even if a “minority” voter bloc comprises a majority of the electorate, thanks to what Nonprofit VOTE calls the “monopoly math” of at-large elections. If a single neighborhood votes largely together on a single group of at-large candidates, those candidates are likely to sweep all seats on a council, despite a larger number of voters preferring different candidates.

“All that’s needed is for one large neighborhood or voting block to vote cohesively enough to build up an insurmountable lead over the rest of the field. Their favored candidates will pick up plenty of other votes as a secondary choice of voters who’d really prefer other candidates,” the group explained. “As a result, the majority of voters can see all their favored candidates lose election after election.”

And there are other reasons that at-large elections shut out ethnic minority candidates, particularly in larger jurisdictions. The sheer cost of running a city-wide campaign, and the access to political fundraising to cover that cost—and the time required to be spent campaigning rather than, say, having a full-time job—also work against candidates from minority-dominated neighborhoods.

The L.A. city charter adopted in 1925 did away with the nine-member “at-large” city council, and replaced it with a 15-member board, with one member elected to represent each newly created district. Los Angeles, despite some overhauls to the city charter, retains the 15-member district-based council system today.

San Diego went to district elections in 1932, while San Francisco took until 1977 to elect its Board of Supervisors (as the city council is called there) by district. San Jose switched from at-large council elections to the district system in 1978, while the state’s fifth-most populous city, Fresno, made the conversion in 1981.

But while almost 20 percent of California state residents live in those five burgs, that leaves another 477 cities, most of which continue to hold at-large rather than district elections. As of May 1, 2020—according to the National Demographics Corporation—155 California cities elected their councils by district. The remaining 327 have retained the older system.

In total, 400 jurisdictions in California—including school districts and other “special” districts—had instituted district election systems, as of May 2020. Every one of the state’s 58 counties use district voting to elect their supervisors, with the final holdout, San Mateo County, abandoning at-large Board of Supervisors elections in 2012.

Twenty years ago, only 29 cities had district-based voting; since then, the number has increased fivefold. What happened to cause such an explosion of change in municipal election systems—and why? Most important, why does it matter?

First, what happened? The answer is, the California Voting Rights Act, introduced in 2001 and signed into law by Governor Gray Davis in 2002—37 years after President Lyndon Johnson signed the federal Voting Rights Act into law. California’s version took an even tougher stance against voter suppression, making it easier for members of minority groups to sue if they contend that voting systems discriminate against them.

Most significantly, the 2002 state law forced cities that lost CVRA lawsuits to abandon at-large elections and convert to a district system.

In 1985, Latino residents in the Santa Cruz County city of Watsonville sued the local government because, under its at-large election system, not one Latino candidate had ever been elected to the city council, even though the Watsonville population was nearly 50 percent Latin American.

The United States Ninth Circuit Court of Appeals agreed that the at-large system was a form of voter discrimination. The Supreme Court declined to hear the city’s appeal, letting the Ninth Circuit ruling stand.

In 1977, San Francisco’s first-ever district race saw the election of the first African-American woman to the Board of Supervisors, as well as the first Asian-American and first openly gay candidate. And in Costa Mesa, where about one-third of residents are Latino, no Latino candidate had ever been elected until the city switched to district elections in 2018. Three such candidates won seats in Costa Mesa’s first election under the new system.

The bill also created a strong disincentive for cities that are slapped with voting rights lawsuits to fight back. If a city loses a CVRA case, the bill requires it to pay the plaintiffs’ attorney fees, which can be quite substantial. Some cities, like Ontario, have opted to avoid the potentially costly process by switching to district elections, simply authorizing the change with a vote of the city council. The Ontario council took that vote last year, and will implement the change in the 2022 elections.

But other municipalities have chosen to contest CVRA lawsuits—and paid the price. The Southern California city of Palmdale in 2015 lost a lawsuit brought by three plaintiffs under the CVRA. The city, with a population that is nearly 67 percent Latino and only one Latino ever elected to the council, chose to contest the suit.

The city was compelled by the lawsuit to scrap its at-large elections, dividing into four districts—two with Latino majority populations. Palmdale ended up on the hook for more than $4.5 million in fees for the plaintiffs’ lawyers, a team led by Malibu-based Kevin Shenkman, who has deployed the CVRA perhaps more than any other lawyer.

The San Diego County city of Escondido chose to settle a CVRA lawsuit in 2013, paying $385,000 in plaintiffs’ legal fees and switching to a four-district system. The population of Escondido was 49 percent Latino, and yet under at-large voting, only one Latino candidate had won a city council seat in 125 years.

The following year, Visalia—a city in the San Joaquin Valley—quickly settled a CVRA lawsuit in just two months. The suit came after an election in which the lone Latino candidate placed fourth behind three white candidates despite almost half of the city’s 127,000 residents being Latino.

In the Bay Area, Santa Clara battled and lost a CVRA lawsuit, but continued to fight — despite having already shelled out $3.8 million to cover the plaintoffs' legal fees alreday. Those fees were over and above the millions spent by the city to defend the lawsuits in hopes of preserving their at-large voting systems.

Santa Clara lost its appeal, in a decision handed down by California’s Sixth Appellate District Court on December 30. The suit was brought by five Asian-American residents who charged that Santa Clara’s at-large elections “diluted” the value of their votes, preventing the Asian-American community there from electing candidates who would represent them on the seven-member city council.

In April of 2021, after losing that appeal four months earlier, Santa Clara settled the suit, paying another $712,500 in legal fees to the plaintiffs. But more important, the city agreed to comply with a judge's order to split into six electoral districts, a decisions which came down in 2017. After nearly 70 years of an at-large system that never saw a single Asian-American win a city council election, the 2018 and 2020 district-based elections saw three win seats on the council.

In Southern California, the case Pico Neighborhood Association, et al v. City of Santa Monica was awaiting a decision from the California Supreme Court, as of May 2021. Santa Monica lost the initial trial, and is believed to have incurred $22 million in legal costs that it may eventually have to hand over to the plaintiffs. In July of 2020, a state appellate court overturned the earlier verdict, ruling that the city’s at-large system did not, in fact, discriminate against the Latin American residents who make up 16 percent of the Santa Monica population.

The CVRA requires that plaintiffs prove that a city not only has a persistent pattern of “racially polarized voting,” but also that the votes of minority voters are diluted by at-large, citywide elections. The law defines “racially polarized” voting as voting patterns that show a clear difference in the candidates preferred by a “protected class”—that is, a racial or ethnic minority—and those supported by the remainder of the local electorate.

The plaintiffs in Pico contended that the racially polarized voting in Santa Monica, itself, caused dilution of their votes. The appeals court disagreed. The court ruled that they must prove “racial polarization” and “dilution” separately. But the California Supreme Court wasn’t so sure. In October, the high court ordered the appellate court’s opinion de-published, and agreed to hear the case itself.

While Santa Monica continues to resist change in its local election system, the SoCal cities of Fullerton, Costa Mesa, West Covina, Rancho Cucamonga, Fontana, and Corona are all in the process of implementing district election systems. In Anaheim voters chose to make the move, approving a 2014 ballot measure by nearly a two-thirds majority. Anaheim’s first district election saw an immediate boost in voter turnout. According to the Orange County city’s website, overall turnout in Anaheim’s 2014 municipal elections registered an unimpressive 39 percent.

In 2016, each of the city’s five newly created council districts saw turnout ranging from 71 percent to 77 percent.

County of Santa Cruz
County Board of Supervisors Meeting
Tuesday December 6 2022   9:00 AM