The State’s Power To Protect Public Health. How Far Does it Go, and What Do Courts Say? 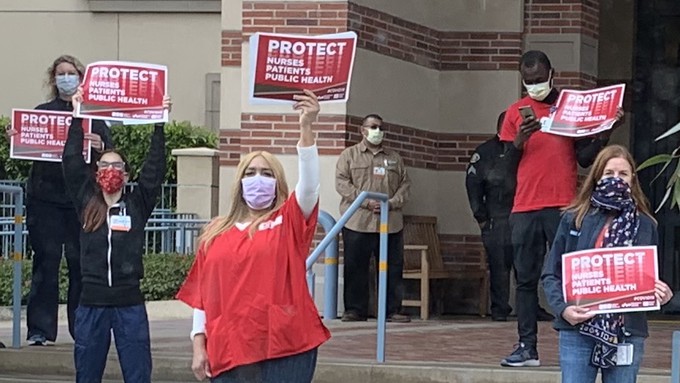 “Upon the principle of self-defense, of paramount necessity, a community has the right to protect itself against an epidemic of disease which threatens the safety of its members.”

In early August of 2021, hikers and tourists who showed up at the Tallac Historic Site in El Dorado County found much of the facility shut down. Parking lots, the visitors center, picnic areas — all were suddenly off limits, and likely to stay that way for a month, until after Labor Day. The reason: County health officials found that plague had made an appearance at the park.

For much of the history of human civilization, plague was the most devastating, deadly disease known to exist. In the Middle Ages, the disease wiped out one of every three people in Europe, an estimated 25 million people. About 1,200 years before that, plague devastated Rome, killing about 2,000 people per day in the capital city of the empire alone.

Today, however,  thanks to a combination of modern sanitation and the invention of antibiotics, plague poses almost no threat to human beings at all. Even if a person gets the plague, as long as the infection is treated early with antibiotics, the chances of becoming seriously ill or dying are remote. (Left untreated, however, modern day plague cases still claim the lives of about half of those infected.)

When several chipmunks at the Tallac site tested positive for Yersinia Pestis, the bacteria that causes plague, El Dorado County shut down areas of the park. There was no outrage or protest in response, even though the small, largely unnoticed shutdown was a microcosm of what had been happening nationwide since March of 2020 due to the COVID-19 pandemic — government intervention to protect public health.

What is ‘Public Health,’ Anyway?

What justifies these interventionist measures? That’s another way of asking, “what is public health?”

“Public health is the science of protecting and improving the health of people and their communities,” according to the CDC Foundation, a nonprofit group that operates independently of the government-run Centers for Disease Control. While standard health care involves doctors and nurses devoted to treating and, they hope, healing individuals who become ill, public health “is concerned with protecting the health of entire populations.”

Much of that effort involves education, research and creating public policy to prevent, and respond to, threats to the health of communities and society as a whole. But when a crisis hits, it can also mean stepping in, sometimes aggressively, to stop potential disasters from getting worse.

The origins of El Dorado’s County's public health response to its mini-outbreak of plague-carrying chipmunks could be traced all the way back to medieval Europe. During the “Black Death” of the 14th century, the Italian city-state of Milan shut its borders to outside travelers and traders, isolated infected persons as well as anyone who had come into close contact with them, and created an elaborate system for identifying and tracking citizens who doctors suspected of being infected.

Public Health in the Plague Era

As a result, Milan lost only about 15 percent of its population to plague, less than half the death rate in the rest of Europe. During a later, 17th-century wave of plague another Italian city, Ferrara, managed to avoid even a single death by laying down strict quarantine, policing and border control measures.

In the Middle Ages and even the Renaissance, eras before what we know as modern-day democracy and concepts of personal freedom — and for that matter, modern science — existed, perhaps it wasn’t too surprising that governments deployed draconian measures to stop the plague as best they could.

But the reason for taking extraordinary steps to preserve public health remains the same: to protect society from the ravages of mass illness and death, which inflict a steep human and economic price.  And courts have repeatedly recognized that necessity.

In 2020 and 2021, shutdowns and restrictions, including mask mandates and vaccine mandates in response to the COVID-19 pandemic have set off vociferous and sometimes violent protests. But the government’s authority to protect its citizens from public health hazards has long been established, in United States Supreme Court decisions going back almost 200 years. In the landmark 1824 Gibbons v. Ogden decision, Chief Justice John Marshall ruled that states have the authority to impose quarantines to control disease outbreaks and protect public health.

“Upon the principle of self-defense, of paramount necessity, a community has the right to protect itself against an epidemic of disease which threatens the safety of its members,” wrote SCOTUS Chief Justice John Harlan, saying that the state’s police power derived from “the good and welfare of the Commonwealth,” and it’s mainly up to the legislature to decide what that “good and welfare is.”

The Jacobson decision was a landmark that opened the door for states to require mandatory vaccinations, particularly for school children, mandates which now exist in all 50 states. In a subsequent 1922 decision, Zucht v. King,  the court extended the authority to impose vaccine mandates from states to local governments as well.

Those and other Supreme Court decisions have repeatedly upheld the broad power of state and local governments to protect public health and safety. In California, a set of public health laws give the governor emergency powers to suspend state laws and commandeer private property and even private workers to combat a public health crisis, as long as he can show that those extreme stepsare  necessary for the protection of public health.

Public Health Not Just About Diseases

State power to pass mandates and restrictions to safeguard public health is not limited to outbreaks of deadly disease. Ever since cars have been running on America roads, governments have put regulations in place to make driving safer. As far back as 1901, just five years after Henry Ford built his first motorized vehicle known as the Quadricycle, the state of Connecticut passed the country’s first law limiting the speed of cars on public roads.

The speed limit under that law was 12 miles per hour in the city, 15 in the countryside (Ford’s Quadricycle raced along at a top speed of 20 mph). As better, faster cars hit the market, speed limits went up across the country with some as high as 80 mph, until 1974 when President Richard Nixon signed federal legislation capping all speed limits at 55 mph.

In the midst of the 1970s energy crisis, the 55 mph limit was motivated more by the need for fuel conservation than by safety concerns. Nonetheless, according to the Automotive Safety Council, the fatality rate on American roads dropped by nearly 40 percent over the next decade. The death rates edged back up after Congress repealed the national speed limit law in 1995, according to a study published in the American Journal of Public Health.

State governments not only regulate how fast you can drive your car (except for Montana, which has no set speed limit), but they also control certain things that you do inside your car — mainly, wearing a seatbelt. In 35 states, laws require front-seat passengers to wear a seatbelt, and allow police to ticket drivers and passengers who fail to wear them. Another 15 have a “secondary” seat belt requirement, meaning that officers can only ticket for a seatbelt violation if a driver has committed some other traffic violation as well.

California put its first seatbelt law into effect in 1986, but the initial law was only a “secondary” requirement. In 1992, the state instituted a “primary” seatbelt law, allowing police to pull drivers over for no reason other than failure to buckle up.

Today, wearing a seatbelt seems like nothing more than common sense. According to National Highway Traffic Safety Administration statistics, 90.3 percent of Americans regularly wore seatbelts in 2020. Seatbelt use saved nearly 15,000 lives, according to NHTSA 2017 stats. In 2019, there were 22,215 highway passenger fatalities. Nearly half of them, 47 percent, were people who were not wearing seatbelts.

So mandating seatbelt use should be a no-brainer. Right? Well, not everyone felt that way. As with mask and vaccine mandates and other COVID-related orders, even seatbelt laws provoked anger and protest when they were first being considered.

When a Michigan state rep introduced that state’s seatbelt law in 1985, he received hate-mail likening him to Hitler, and a fellow state legislator said that he should be recalled. Nationwide, polls showed that 65 percent of Americans opposed seatbelt laws in the early 1980s, with only 15 percent saying that they used seatbelts on a regular basis.

“Saving freedom is more important than trying to regulate lives through legislation," read a typical op-ed, running the Chicago Tribune. One radio talk show host turned his program into a war against seatbelt laws, and there were reports from around the country of car owners ripping the seatbelts out of their vehicles, and filing lawsuits against the proposed seatbelt requirements.

The Economic Price of Failing to Protect Public Health

The cost of failing to protect public health is fairly obvious — people will die. But there are significant economic costs as well. In the case of the COVID-19 pandemic, the average cost of hospital stay for a COVID patient according to a FAIR Health Network study was approximately $73,300, if the patient has no insurance coverage. For COVID patients with private insurance, hospitals on average agree to accept $38,221 as the cost of the whole bill.

In the month of August 2021, according to data from the Centers for Disease Control, 2,747,057 patients were newly admitted to hospitals for COVID treatment. Even if every one of those patients were insured, the total cost (using the FAIR study’s figures) would have run about $105 billion — in that single month alone.

That figure is limited to the cost of an actual hospital stay, and does not factor in ancillary economic costs such as lost productivity, and income-earning potential. For patients who die of COVID — there were almost 24,000 COVID deaths in August, per CDC data — the loss of income is total.

The National Safety Council assembled statistics on the economic impact of auto fatalities, finding that in 2019, each death on the road cost about $1.7 million in lost wages and productivity, medical costs, coverage of uninsured motorists and other factors. Based on the NHTSA statistics, that means in 2019 alone, the cost of people not wearing seatbelts was more than $12 billion. Not to mention the 10,400 dead people.

The lessons of seatbelt policy are the same as found in the COVID pandemic.

“Although there is much in this age that is new, many of the current debates and arguments in public health are echoes of the past,” wrote researchers Theodore H. Tulchinsky and Elena A. Varavikova in their 2014 book The New Public Health. “Experience from the past is a vital tool in the formulation of health policy. An understanding of the evolution and context of those challenges and innovative ideas can help us to navigate the public health world of today and the future.” 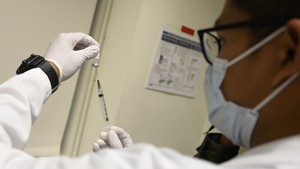 Vaccine Mandates Are Coming to California

The state of California, as well as some local governments, will soon require all public employees to be vaccinated against COVID. Here's why they're taking that step. 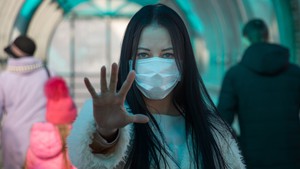 Why Mask Requirements May Be Back, Explained

Mask requirements appear to be on the way back in California, including for fully vaccinated people. Here's why. 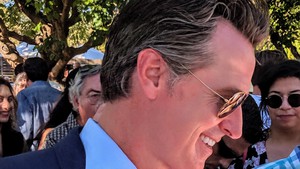 How Courts Ruled on the Governor's COVID Powers

A Superior Court Judge has placed at least some limits on the governor's power to impose health-related restrictions. Here's what that means.