Compost Belongs in the Garden: A Q&A with Nick Lappis of Californians Against Waste, one of SB 1383’s main architects 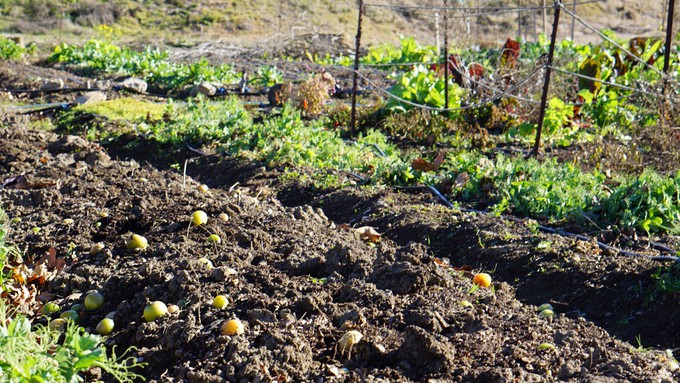 Some small composting facilities, made necessary by a methane-reduction law, have been set up in or near community gardens. Courtesy Californians Against Waste

Californians Against Waste was one of the main advocates behind SB 1383, which requires California to divert 75 percent of its organic waste from landfills by 2025 in an effort to reduce the release of methane. California Local talked to Nick Lapis, CAW’s director of advocacy, to learn more about what it does and why.

CALocal: SB 1383: What does it do and why was it necessary?
Nick Lapis: It goes back to when the state passed the climate law, AB 32, (the Global Warming Solutions Act) in 2006. As part of that, there's a set implementation schedule for the Air Board to figure out what our total emissions are, and reduce greenhouse gas emissions to 1990 levels. Then we would come up with some quick early action measures, and then the long-term scoping plan.

It became obvious that landfills were a major source of methane, and we also realized that some of the assumptions that had been used about how much landfill methane is captured were very, very generous.

There's a lot of disagreement about how much is actually captured. There's disagreement about how much is generated as well—but it's clear that it's a major source of greenhouse gases. It's much more potent than CO2. It delivers the entire climate impact in a really short time period, in 12 years. What that means is that if you're concerned about the climate and you want to avoid tipping points where things start spiraling out of control, addressing CO2 is important, but addressing methane is a hell of a lot more important. One of the early action measures that the Air Board identified was landfill emissions.

A landfill that's doing its very best will still release a lot of methane. What we really need to do is focus on diverting organics from the landfill. If you compost that same organic waste, you aerate it and it produces the same amount of carbon molecules, but as CO2, which, depending on the timeframe you look at, is somewhere around 80 times better.

There was a lot of research about the benefits of applying compost. It makes fungi and plants all sequester carbon more effectively. It provides nutrients, so you don't need to use fertilizers and pesticides, all of which also have a greenhouse gas impact. The two sides here: it's horrible in the landfill, and if we take it out of the landfill, it's amazing.

How did the legislation come about?
We negotiated SB 1383 between the environmental community and the big garbage companies, the cities and counties. We heard a lot of “Well, we don't have infrastructure. We don't have markets.” We tried to answer each part of that. How do we develop infrastructure? How do we develop better markets? The outcome of that was what ended up in 1383.

There were some limitations, like regulations could not go into effect before 2022. The logic at the time was: Let's give them time to build infrastructure, to staff up, etc. Penalties for non-compliance can't go into effect until 2024. So that again, [waste] generators aren't penalized if it takes a while to ramp up.

So we aren't going to see this until next year.
Yes. And realistically, just due to COVID, local governments are struggling and it's going to be different in different places.

What role does Californians Against Waste play now?
We're trying to support local governments. A lot of folks have said we need more funding, so we've been trying to get funding through a variety of different mechanisms. On the market side of things, we've been working to advocate for the Healthy Soils program, which is a major user of compost, and on requiring procurement by state agencies.

On edible food recovery, we've been working with the food banks. We co-sponsored legislation expanding a tax credit for food donation, and we've supported their various budget asks. There was a lot of "We can't do X until Y." And our commitment was, “well, we have to do X; we'll help you with Y.”

What are some of the barriers to implementation for state agencies?
Some of these big composting facilities take a long time to build and to permit. Nobody wants garbage in their backyard. Even a perfectly run compost facility that doesn't have any odors, that is a great neighbor, even in that scenario, it still has trucks going in and out. These are impactful land uses. At the local level, most of this is going to require rate increases and that is never popular.

If we do hit these targets, what will it mean for our air quality, our landfills, our greenhouse gas emissions?
The numbers are really hard to quantify because there's so much disagreement about how much methane comes out of landfills. You can't put a bubble over 500-acre hole in the ground and say, this is how much came out, so it's really hard to quantify.

So we talked a little bit about the barriers and the difficulties, but what about successes? Have there been any of those?
There are successes all over the state, and they all look different. One of the things that's kind of cool is a lot of community composters have sprung up, who are operating in much smaller scales. They don't move a ton of material, but I think they do a really good job connecting people to why it's important.

They do a lot of education with school groups and they connect it to food. Oftentimes it's at community gardens and it really brings home the connection that you're taking this garbage and making food out of it. So that's been really cool to see. Watching the infrastructure grow; the capacity of food banks has been growing. Some folks are ahead of the curve.

Note: This interview has been edited for length and clarity. 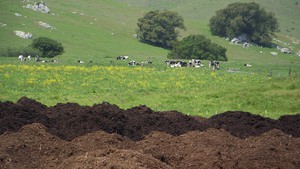 EXPLAINER
Back to the Land, Not the Landfill
In 2022, California trash haulers will begin turning millions of tons of methane-emitting organic waste into a new cash crop: compost.