Created by Assembly Bill 3121, the group is exploring the repercussions of slavery on Black people in California. 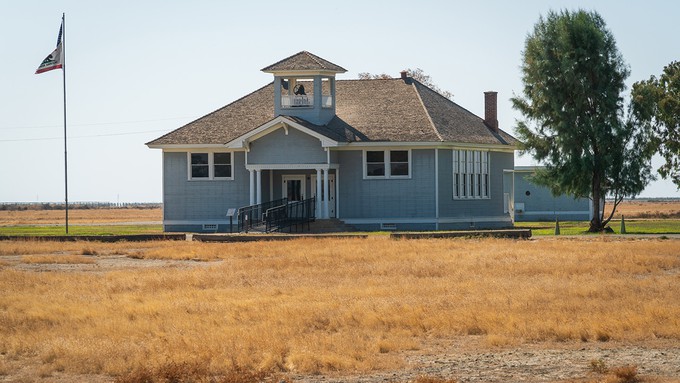 The schoolhouse was the biggest building in Allensworth, the town founded by Col. Allen Allensworth, which is now a state park. Zack Frank   Shutterstock.com

California’s Assembly Bill 3121 created the Reparations Task Force, a nine-member panel exploring the extensive harm done to Black people due to their enslavement. The Sacramento Observer has kept its eye on the work of the task force, most recently telling the family history of Jonathan Burgess, a battalion chief for the Sacramento City Fire Department, who testified before the task force at its third hearing on Sept. 23. The fireman and local entrepreneur spoke about his great-grandfather, Rufus Burgess, brought here as a slave to mine gold in California in the late 1840s. Eventually, Burgess won freedom for himself and his son, and earned enough money to buy 88 acres in Coloma. But in the middle of the last century, the state took that land—and great-grandson Jonathan Burgess told the Observer he has the paperwork to prove his rights.

Also speaking to the task force is L. Dee Slade, executive director for the African American Network of Kern County. Slade tells the Observer about the history of Allensworth, a Tulare County town founded in 1908 by Allen Allensworth, a former slave who became the first Black lieutenant colonel in the U.S. Army. “You can’t talk about reparations if you don’t include Allensworth,” Slade said.

For more information, visit the agendas and meetings page of the Reparations Task Force.