Why Railroads Go On Strike: What Happens When Trains Shut Down, And How it Happened Before 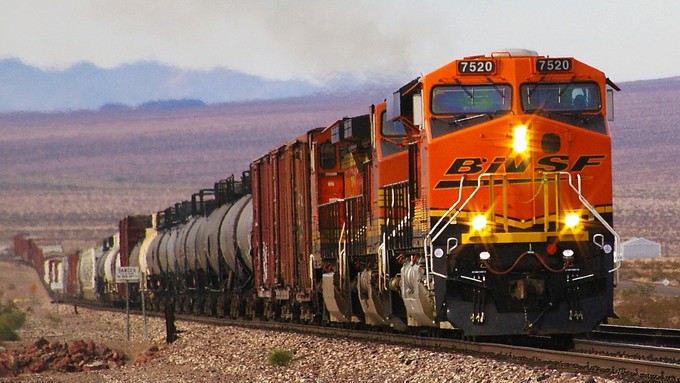 Working conditions and paid time off are at the heart of a potential 2022 railroad strike.

Before he spoke at a Detroit auto show on September 14, Pres. Joe Biden heard a highly enthusiastic  local United Auto Workers union member introduce him, saying that Biden was “kicking ass for the working class!” But little more than 24 hours later, Biden was set to face perhaps the greatest challenge of his presidency when it comes to how far he is willing to go in support of American workers.

Just a day later, Biden passed that test, when his administration negotiated a deal to avert a labor strike that would have shut down freight trains nationwide—a scenario that one Congressional Democrat described to CNN as a "nightmare." In July, Biden established a Presidential Emergency Board to mediate between railway unions, which represent 115,000 workers, and management of the country’s railway companies.

Biden announced a tentative deal on Sept. 15, though rail unions had not ratified the agreement. Nonetheless, the agreement kept trains running—and was set to give rail workers their largest pay raise in 40 years.

On September 12, Biden had personally spokenwith leaders of both sides in the labor dispute in an effort to prevent the United States' first railway strike since 1991 from shutting down freight shipments and striking what could be a serious blow to the U.S. economy—less than two months before a tightly contested midterm election.

At the Port of Los Angeles alone, 27,000 containers of products and consumer goods sat waiting in shipyards as of Sept. 14. If the railroads shut down due to a strike, those containers and all the goods inside them wouldn’t be going anywhere. Shortages and supply chain bottlenecks were anticipated to set off a new round of inflation, with food and gasoline prices both rising quickly if the rail strike were to last even one week, according to economists.

The Association of American Railroads estimated that if the trains stop running, it would cost the country $2 billion each day that the strike persists.

After a long history of past railroad strikes, how was this so close to happening again?

The Great Railroad Strike of 1877

In the 19th century, railroads went from non-existent to one of the most powerful and vast industries in the country. As of 1830, only 23 miles of track existed in the U.S. and its North American territories. By 1871 that mileage increased to 45,000, and the Transcontinental Railroad, completed in 1869,  connected the east and west coasts for the first time. But the job was just getting started. From 1871 to 1900, railroad companies added another 170,000 miles of track, including four new coast-to-coast railways.

The railroads revolutionized life in the U.S. at every level from commerce to family life to war. Both sides in the Civil War depended on railroads to keep troops supplied and on the move. But the workers who did the backbreaking, often deadly labor of building the railroads and keeping trains running were often left behind in this rush into America’s future.

After the Financial Panic of 1873, a crisis that saw 100 banks go belly-up across the country, railroad companies were left reeling. They had contributed to the crisis by borrowing huge amounts of cash to build and expand. When a stock market crash in Europe sparked a sell-off of railroad bonds, the rail companies had no ready sources of money or credit and many went bankrupt. The surviving companies took their problems out on their own workers, slashing wages and hours.

When the Baltimore and Ohio Railroad, in July of that year, cut worker pay by 10 percent for any employee making more than $1 per day (about $140 per week in 2022 cash), the strike was on. The labor stoppage, accompanied by mass street demonstrations, spread throughout much of the eastern U.S., only to be broken by the end of July when state governors, backed by newly elected Pres. Rutherford B. Hayes, called in the National Guard.

The labor violence ultimately claimed about 100 lives, including at least 30 gunned down by federal troops and state militiamen. The gains made by the strikers, however, amounted to nothing. The railroad industry continued its tight-fisted labor practices.

Railroad Strikes Continue into the 1990s

A second major rail strike of the 19th century hit in 1886 when about 200,000 railroad workers who belonged to the multi-industry union Knights of Labor walked off their jobs with the Union Pacific and the Missouri Pacific Railroads, both owned by Jay Gould, a “robber baron” who is considered one of the wealthiest businessmen in U.S. history. Gould paid his railroad employees a pittance, and worked them long, brutal hours in hazardous conditions.

Violence also scarred the strike of 1886 as labor demonstrators clashed with police and private security forces on the railroad payroll. In the end, fellow railroad unions were reluctant to back the Knights of Labor, and nonunion workers who crossed picket lines also weakened the Kmights' power. The strike ended with no real gains for the union, but a trail of dead and wounded workers nonetheless.

The next big railroad strike came in 1946, the year after the end of World War II. Unions had pledged not to strike as long as the war continued, and largely kept their word. But as soon as the troops came home, the pent-up anger with poor pay and inhumane working conditions exploded into a series of strikes across a wide range of industries from steel, to telephones, to meat packing and more.

The railroad industry was no exception. Pres. Harry Truman first proposed an 18.5 cent hourly raise for railway workers, and when that was rejected, signed an order allowing the federal government to take over the railroads. Workers struck in May, bringing the entire country to a grinding halt.

About 15,000 of the striking workers were located in and around Los Angeles, and because the railroad included bus and streetcar operators (yes, Los Angeles still had rail-driven trolleys crisscrossing the city in 1946) the city suffered what at the time was called the worst traffic congestion in its history.

Truman threatened to hand over operation of the railways to the Army, but also re-proposed his 18.5 cents per hour pay raise. This time, under the federal takeover threat, the unions accepted, ending the disastrous strike.

There was a four-day walkout in 1982, and the most recent U.S. railroad strike took place in 1991. That strike was finished 24 hours after it began when Congress quickly passed a joint resolution requiring the strikers to get back on the job while federal mediators helped negotiate a new pact between rail companies and workers.

Why Did Rail Workers Threaten to Strike in 2022?

The U.S. railroad industry employed 1.34 million workers in 1950. Seven decades later in 2020 (the latest year stats are available) the rail workforce had reduced to 144,500, according to the U.S. Bureau of Labor Statistics (BLS). In fact, according to those same BLS numbers, the industry shed 40,000 jobs over the two previous years. Why the sudden drop-off?

The reasons, workers in the industry say, were the same issues leading to the potential 2022 strike. Though the tentative deal announced by Biden gives workers a 24 percent pay increase over five years, the main issues were grueling working conditions under which rail employees were not even allowed to take time off to see a doctor without incurring a penalty. Even leaving work for a family emergency is forbidden and, like a medical visit, could even be a firing offense. Those and other reportedly oppressive policies, unions say, have set off an exodus of workers.

Under the new deal, workers would not be penalized for taking time off for medical visits, but any such time would be unpaid, according to a New York Times report. That point seems sure to leave many rank-and-file union members dissatisfied.

The strike would target the two largest railway freight carriers, BNSF—owned by billionaire investor Warren Buffet’s Berkshire Hathaway company—and Union Pacific, both of which have the restrictive time-off policies in place.

“Conductors and engineers say that they can be on call for 14 consecutive days and expected to drop everything at any time of day to work,” wrote Washington Post labor reporter Lauren Kaori Gurley. “They say the policy is ‘destroying their lives.’”

The companies, according to Gurley, countered that they already offer up to five weeks off per year, depending on a worker’s seniority. Biden’s Presidential Emergency Board has not recommended a change to the companies’ attendance policies.

The companies are not hurting financially. Since 2010, they have paid out an estimated $196 billion on stock buybacks and shareholder dividends, according to Martin Oberman, chair of the Surface Transportation Board, the federal body that oversees and regulates railroads. That’s $46 billion more than the companies have spent on maintaining the equipment and railroad track without which the trains can’t run.

Though the strike threat is targeted at the freight-hauling sector of the rail industry, commuter rail will be affected as well. In California, many passenger trains run on tracks operated by Union Pacific and BNSF. That means thousands of rail commuters could be forced to make other arrangements to get to work.

Amtrak, while not involved in the strike negotiations, also said that its routes would be disrupted. The national passenger rail survive has already suspended its train service between Chicago and Los Angeles, and late on Sept. 14 said it had temporarily canceled all long-distance train service starting the next day. On Sept. 15, Amrak and other commuter rail services said they were busy trying to restart the routes they had suspended. 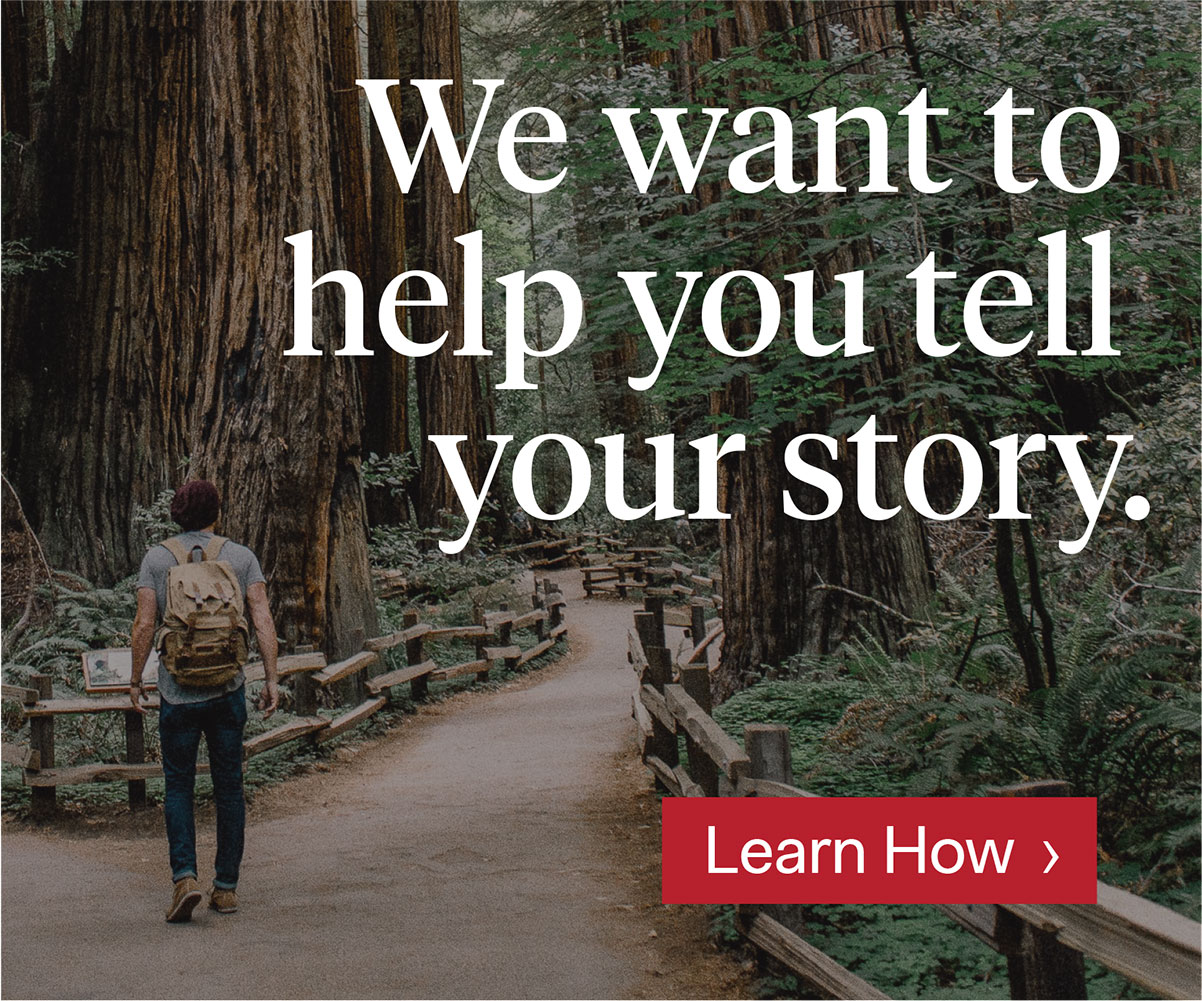 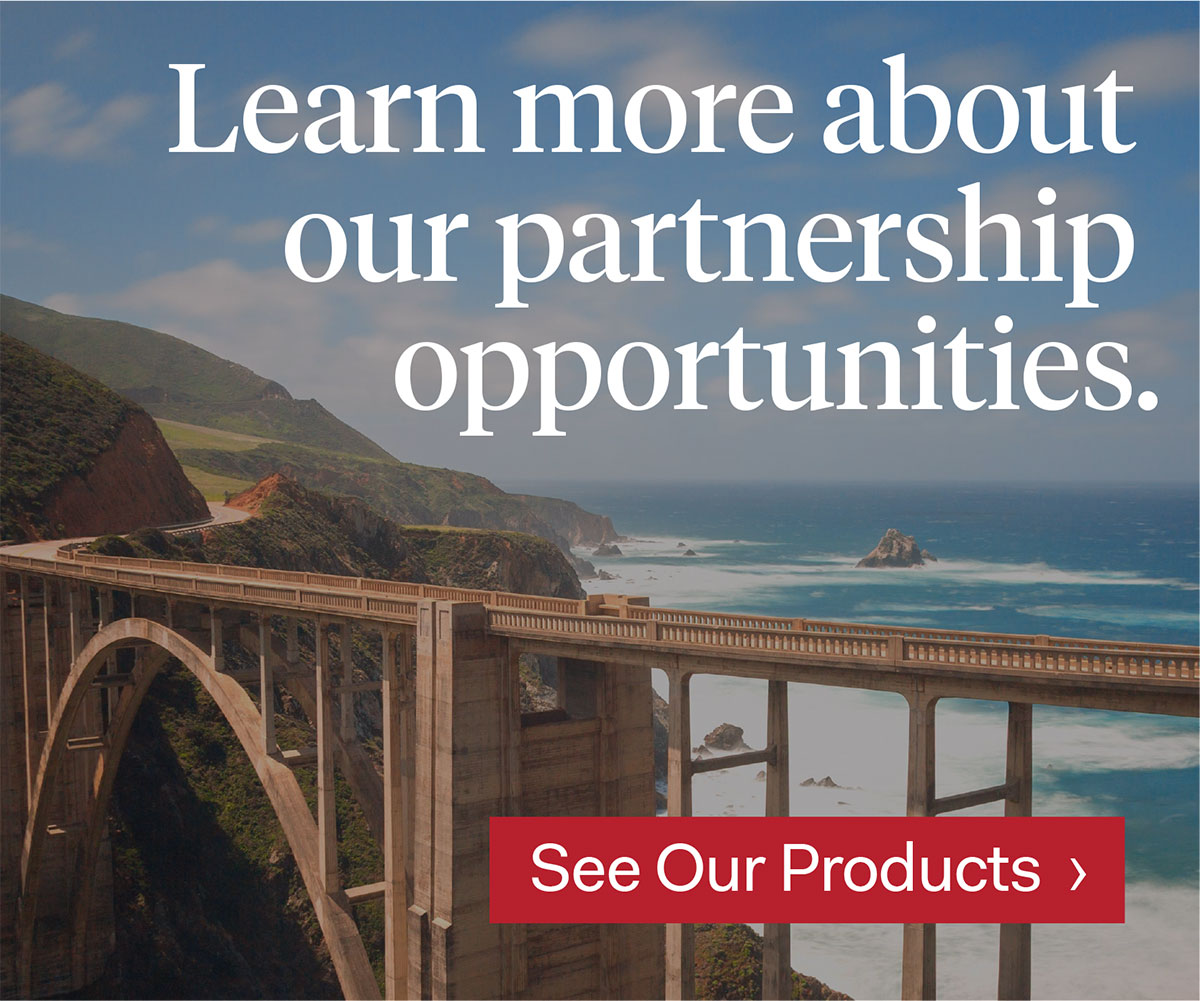 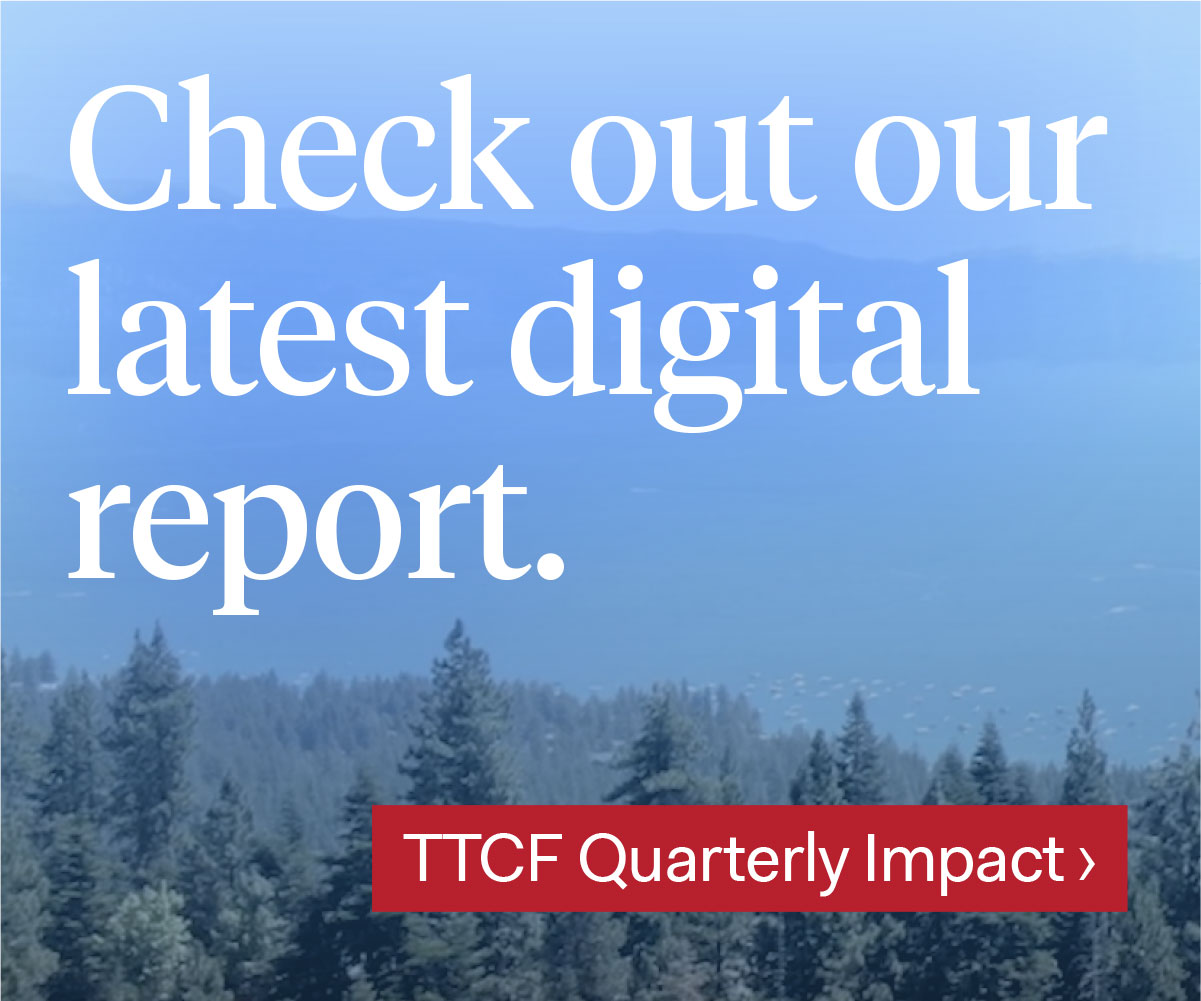 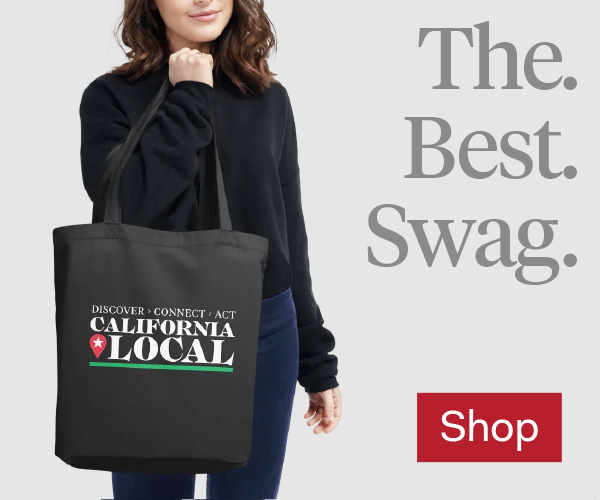 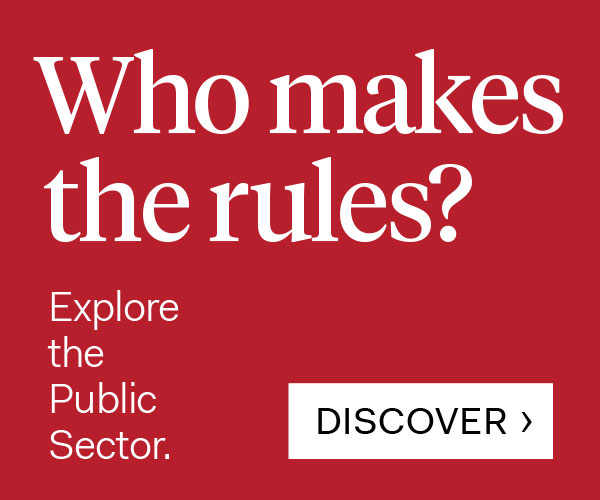 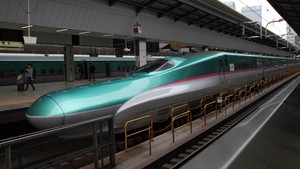 EXPLAINER
Will High Speed Rail Ever Happen in California?
Nearly 40 years after the first funds for high speed rail in California were approved, construction has not been completed on a single line. When will the state get its bullet train? 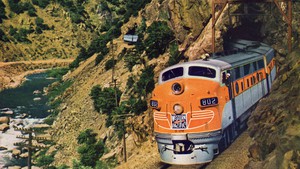