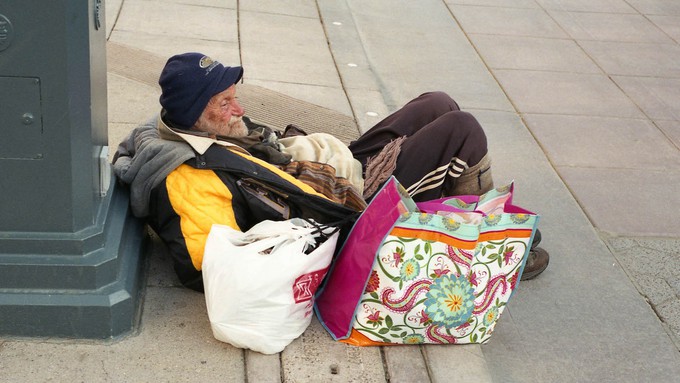 Back in 2018, California seemed ready to declare war on the state’s horrific homelessness crisis. Then-Gov. Jerry Brown struck a deal with legislators to pour $600 million into programs to prevent and treat homelessness. In the same year, voters approved a $4 billion bond issue to build low-income housing, and another $2 billion in bond money for more affordable housing with built-in mental health services.

The following year, new Gov. Gavin Newsom turned up the heat further, allocating $1 billion — the largest sum ever in the state’s budget for anti-homelessness measures. In January 2020, Newsom called the state’s homeless problem “a real emergency,” and “a disgrace.” He asked legislators for another $1.4 billion, the largest portion of it going to housing and healthcare service for the homeless population.

In April of 2021, the state unveiled a publicly accessible website compiling data on homelessness that had previously been nearly impossible to access, because it was spread over 44 separate, unconnected databases, according to a Los Angeles Times report. The new site revealed that though a point-in-time count in January of 2020 showed 161,548 people in some form of homelessness on the single night of the count, local homelessness service providers reported serving 248,130 people in 2020.

The discrepancy indicates the large numbers of people who move in and out of homelessness, and as result were not on the streets to be recorded during the January count.

The HUD report also showed that in California, the Santa Cruz-Watsonville metro area in 2020 carried the uneasy distinction of the highest population-adjusted homelessness rate in the United States, among regions with at least 250,000 people. Los Angeles ranked fourth nationwide.

In addition, nearly half of all unsheltered homeless people in the entire United States live in California, according to a 2019 report by the White House Council of Economic Advisers.  More than seven of every 10 people experiencing homelessness in the state live in unsheltered conditions, according to HPRI statistics.

In the state’s most populous city, Los Angeles, the number of homeless individuals in a point-in-time (PIT) count taken in January 2020 had risen 16.1 percent from the 2019 count — a total of 41,290 homeless residents, according to the Los Angeles Homeless Services Authority (LAHSA), the agency that administers about $70 million is federal, state, and local funding targeted to assist the homeless population.

Results of the 2021 January point-in-time count have not been compiled simply because the count itself was cancelled due to the COVID-19 pandemic. Conducting the count, which is required by Congress, involves about 8,000 volunteers making direct contact with homeless people and entering homeless camps.

The count is necessary to obtain federal funding for homelessness programs, but the United States Department of Housing and Urban Development allowed a 2021 exemption for Los Angeles County, and agreed to keep federal funding levels in place. But the exemption also means that the effects of the pandemic on homelessness in the state remain largely unknown.

Based on the previous two years’ stats, however, 2021’s homelessness numbers seem unlikely to show much, if any improvement. The Los Angeles numbers continued to rise despite the passage in March, 2017, of Measure H — which added a quarter-cent to local sales tax specifically to fund housing and other services for the homeless population. That ballot measure followed Proposition HHH, passed in November of 2016, a $1.2 billion bond measure specifically designed to fund 10,000 housing units for people and families in L.A. County identified as “chronically” homeless.

In 2018, 88 percent of the homeless people who were placed in permanent housing by LAHSA remained in that housing and did not return to homelessness. The following year, LAHSA housed 22,769 homeless individuals, and another 18,395 were placed into interim housing. And yet, the county’s homeless population continued to grow.

Los Angeles, of course, is not alone. Bay Area counties also deal with a constantly growing homeleessless crisis. The 2019 point-in-time count in San Francisco showed 8,011 homeless persons, a 6.8 percent jump from the previous count in 2017. Other Bay Area counties experienced even larger jumps, in terms of percentage. Homelessness in San Mateo County increased 20 percent between the two counts, while Santa Clara County saw a staggering increase of 31 percent.

Alameda and Contra Costa counties were even worse, with increases of 42.5 and 42.8 percent respectively.

Statewide, as of January 2020, federal statistics showed a homeless population in California of 151,278 — about 10,000 more than the entire population of Pasadena — a number that represented a spike of 17 percent since 2018. But the real problem appears to be even worse. Homeless advocates generally agree that the federal numbers, compiled in the bi-annual volunteer counts — are significantly lower than the real numbers.

The federal definition of homelessness excludes couch surfers, people temporarily rooming with friends or family members, and those who manage to pay for transient motel rooms. The volunteer counts may also fail to tally numbers of people living in tent camps, if the volunteer counter arrives shortly after a camp has been rousted by police.

One recent count in Sacramento, conducted by U.C. Berkeley researchers using a broader definition of homelessness, ended up topping the federal number by a multiple of six.

That count used a new method that combined PIT numbers with “information from Homeless Management Information Systems (HMISs), which track the services provided by a homelessness crisis systems such as emergency shelter bed nights and street outreach interactions,” according to a U.C. Berkeley report. Unlike the bi-annual PIT counts, HMIS data is “continuously improved.”

A Brief History of Homelessness

The state and federal expenditures, housing programs, and bond issues have clearly failed to put the brakes on the crisis. How did the state — and for that matter, the country — arrive at this dismal reality?

The term “homelessness” first appeared in the 1870s, according to a 2018 report by the National Academy of Sciences, but at the time was used mainly as a catch-all for people who were commonly and derisively called “tramps,” that is, itinerant men who moved from place to place, most often taking advantage of the newly-created nationwide rail system, looking to pick up any work they could. At that time, and for decades to come, homelessness was seen primarily as a crisis of national character — an indication not of economic conditions but of the moral breakdown of family life. Homeless people, mostly men, were looked on as, basically, unworthy subhumans.

“As we utter the word tramp there arises straightway before us the spectacle of a lazy, shiftless, sauntering or swaggering, ill-conditioned, irreclaimable, incorrigible, cowardly, utterly depraved savage,” wrote Yale Law School Dean Francis Wayland in 1877, expressing a view typical throughout American society in that era.

A 1902 Los Angeles Times report on the sudden explosion of homelessness in the city’s Skid Row district described an area “swarming with tramps,” whom the reporter described as mostly “beastly drunk” and “filthy dirty” and covered with “tenants,” meaning bugs.

Latinx people comprise 31.9 percent of the homeless in California, which is actually less than their overall percentage of the state’s population, at 39.3 percent.

With the explosion of homelessness over the past four decades came a new and more rational understanding of the crisis. The primary driver of homelessness is now seen not as the moral turpitude of slovenly “tramps” and “bums,” but the shortage of affordable housing, a crisis in itself propelled by increasing income inequality and racial inequities.

According to National Low Income Housing Coalition figures, 1.3 million renters in California bring home incomes that put them at or below the federal poverty line. Yet as of February 2020, fewer than 290,000 rental units in the state could be categorized as “affordable.” California rates have shot up at two times the national average over the past 10 years. And forget about owning a home. The median home price throughout the state exceeds $600,000.

Californians are losing their homes at a faster rate than government and social services can put homeless people into housing. According to LAHSA statistics, in Los Angeles County alone, 207 people each day find their way out of homelessness, either on their own or with government help. But also every day, on average, 227 people in the county lose their homes.

Newsom summed up the crisis most succinctly, after his experience as mayor of San Francisco when he made initial inroads against homelessness, seeing a 30 percent drop in that city after his first year in office — only to see the numbers stall out with no further progress over the remainder of his two terms.

“It’s the manifestation of complete, abject failure as a society,” Newsom said, a few years after leaving the mayor’s office. “We’ll never solve this at City Hall.”