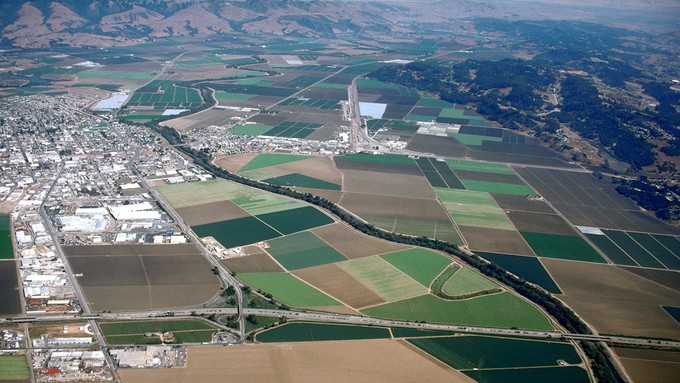 Water districts in Santa Cruz County, and throughout California, may soon adopt a once-controversial policy designed to protect the region’s dwindling groundwater supplies—installing meters on privately owned wells, and charging fees for water pumped from those wells, according to reporting by Lisa Krieger in the Santa Cruz Sentinel.

The practice, which for much of California’s history has been anathema for agricultural landowners, has been in place since 1994 in the Pajaro Valley, home to an agriculture industry that produces nearly $1 billion worth of crops each year, but which suffers from a badly depleted groundwater supply due to decades of “overdraft.” In other words, pumping more water than is replenished, creating an ever-dwindling water supply.

Now, the Santa Cruz Mid-County Groundwater Agency (MGA) plans to put metering for private wells into place this year, as well. The plan, according to the MGA, will affect only larger wells, those that pump more than two acre-feet per year. The average household uses about half an acre-foot—defined as the amount of water it would take to cover an acre of land one foot deep—each year. As a result, most private wells will not be subjected to metering, and the possible fees that go with it.

Until relatively recently, California’s underground water was barely managed at all. If a person or business owned a plot of land, all of the water beneath the surface was also owned by the landowner, who had an unfettered right to draw out as much as possible. Then came the 2014 Sustainable Groundwater Management Act, or SGMA (usually read as “sigma”), a landmark piece of legislation signed by Governor Jerry Brown. SGMA required agencies overseeing groundwater basins in “critical overdraft” to come up with sustainability plans by 2020.

The Mid-County agency met the deadline, with the metering plan as a cornerstone of its proposed efforts to turn around the county’s increasing groundwater shortage. But the MGA won’t say whether it will charge landowners for pumping water on their own land, saying only that “there will be many opportunities for community input on the entire MGA planning process, including management fees.”

In the Pajaro Valley, fees have been in place for almost three decades, and they are steep—ranging from $246 to $338 per acre foot. Wells pumping at least 10 acre-feet per year are subject to metering, according to a research paper published by University of California Press. In 2017, according to the research paper—authored by academics at the University of California at Berkeley, and at Santa Cruz—the fees totalled $9 million, accounting for over 60 percent of the Pajaro Valley Water District’s revenues.

Now, well water metering and the accompanying fees may be coming to a wider area of Santa Cruz County as well.

“It’s hard to be as efficient as possible if you don’t know how much water you’re using,” Sierra Ryan, the county’s interim water resources manager, told Krieger. “We now have a legal obligation to manage our groundwater sustainably. And we cannot manage the basin with such large uncertainties in our water use.” 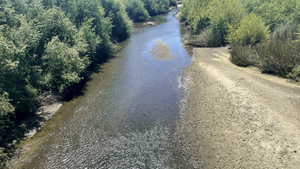 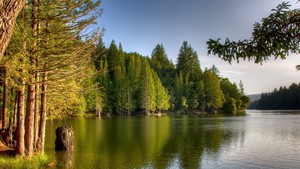 EXPLAINER
Where’s Our Water?
Santa Cruz is one of the few California communities that receive 100 percent of its water from local rainfall.