Billionaires Battle it Out Over California’s Recall Election: Wealthy Donors Dominate Race on Both Sides 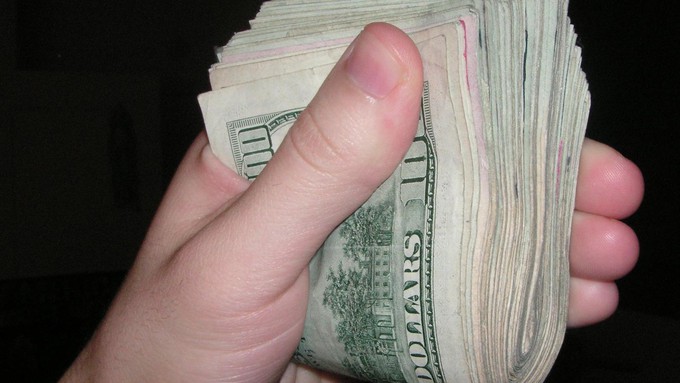 Billionaires on both sides have ponied up big bucks in California's gubernatorial recall.

The campaign to recall California Gov. Gavin Newsom, which culminates in a statewide vote on Sept. 14, began in 2019 largely with one guy, an ex-sheriff’s sergeant in Sacramento County named Orrin Heatlie, who according to an Associated Press profile, spent 12 hours a day in a makeshift office set up in an Airstream camper coordinating the recall effort.

Heatlie seems like the classic story of a little guy fighting against the powers-that-be, and maybe even winning. But two years later, the recall campaign has become anything but a grass-roots effort.

The recall law entered California’s constitution in 1911 as part of a “progressive” movement  to free state government from the seemingly intractable grip of big money interests. Specifically, in that era, the Southern Pacific Railroad. But 110 years later, the recall effort against Newsom has evolved into a battle of big money versus big money—political action committees, labor unions, millionaires and billionaires pouring cash into a push to force Newsom out of office a year early, or keep him there.

As of Sept. 7, one week before the final vote, less than three percent of all cash raised by both opponents and supporters of the recall campaign came from small donors—that is, those who gave under $100, exempting them from reporting requirements—according to a Cal Matters report.

Newsom’s campaign to keep his job and serve out at least his first term built a substantial lead in the bank account department. According to a running tally kept by the Los Angeles Times, anti-recall committees and other opponents of the effort, including Newsom’s own campaign, had taken in a total of $81 million one week before election day. That’s almost twice as much as all of the pro-recall cash combined. $42.8 million had come into recall-supporting coffers, the Times reported.

The anti-recall donors have just one purpose in mind: keep Newsom in office, at least until he must run in an actual scheduled reelection campaign in 2022. The recall supporters, on the other hand, have a wide range of candidates to vacuum up the cash.

Under California’s bizarre recall system, Newsom must top the 50 percent mark in “no” votes to stay in office. If he comes in even the slightest bit short, the top vote getter among the dozens of candidates to replace him wins the governor’s job—even if that “winner” receives only a small fraction of the total votes.

Single Largest Recall Donor is Candidate Who Gave to Himself

According to data compiled by the San Francisco Chronicle, the single largest donor to the recall effort is San Diego businessman John Cox, a conservative  investment manager and accountant, who ran against Newsom in the 2018 general election, in which he was crushed by nearly 24 percentage points. Seemingly undeterred by his landslide defeat, Cox is running as a candidate to replace Newsom and has poured $9.6 million of his pocket change into his own campaign.

Reality TV star, and 1976 Olympic decathlon winner Caitlyn Jenner ( formerly known as Bruce Jenner), also gave to her own campaign—but she limited her donation to a relatively modest $50,000. She first donated $25,000 to her campaign in late August. She picked up $32,000 from tech billionaire Larry Ellison of Oracle Corporation, and another $32K from Bob Parsons, founder of the web hosting company GoDaddy.

Cox’s generous contribution to himself puts him far in front of the next-biggest individual donor to either side, billionaire Reed Hastings. The co-founder and CEO of Netflix has pumped about $3.1 million into retaining Newsom, even though Hastings backed Newsom’s Democratic primary opponent, former Los Angeles Mayor Antonio Villaraigosa, in the 2018 election.

Cox’s multimillion dollar bet on himself was yielding even more paltry returns than the nearly $6 million he poured into his failed 2018 run. Just a week out, Cox was polling in the low single digits in every recent survey.

The anti-recall effort has also taken in a million-dollar donation from philanthropist Connie Balmer, who is also the wife of  Steve Ballmer, the billionaire former Microsoft CEO and current owner of the NBA’s Los Angeles Clippers. Two other billionaires, San Francisco real estate broker George Marcus, and financier/philanthropist George Soros, have also chipped in a million bucks apiece.

Soros, a frequent contributor to Democratic candidates and progressive causes, originally gave $500,000 to a Democratic Party-backed PAC called Stop the Republican Recall of Governor Newsom. On August 30, he topped it up with another half-million to the PAC. Soros’s late-in-the-game contribution was not an anomaly. The PAC and other anti-recall organizations raised almost $50 million of their total in August and early September.

The surge in pro-Newsom donations perhaps not coincidentally runs parallel to the sudden emergence of a clear frontrunner among the 46 candidates to replace Newsom—right-wing talk radio personality, former game show host and author Larry Elder. With less than one week to go, Elder was polling at 25.6 percent in an average of all polls compiled by the data journalism site FiveThirtyEight.com.

That still put Elder about 19 points ahead of his closest competitor, Kevin Paffrath, a real estate broker and YouTube content creator from Ventura County who is running as an anti-Newsom “centrist” Democrat, and who raised about $250,000 in the first two weeks of his campaign, mostly from smaller donors.

It also puts Elder almost 30 percentage points behind  the keep-Newsom campaign.  But under California’s system if Newsom’s support slips below 50 percent, Elder will in all likelihood become Governor.

Elder joined the race just before the July 16 candidate’s filing deadline and his rapid ascent gave Newsom an easy target. Newsom’s campaign and allied anti-recall groups spent $36 million in August alone, a significant piece of it on ads and other media blasting Elder for what Newsom characterizes as his extreme right-wing views, which include a promise to repeal all state COVID vaccine mandates and testing requirements “before I have my first cup of tea.”

Elder, whose campaign has raised more than $13 million according to the Times tally, received his single largest individual donation from Beverly Hills real estate developer Geoff Palmer, best known for dozens of massive “fortress-like” (as he describes them) apartment complexes in and around downtown L.A.

Palmer, a longtime Republican donor who hosted a fundraiser for then-President Donald Trump at his home in 2019, poured $1.03 million into Elder’s effort. Though Palmer’s was the largest donation to Elder, the talk-show host’s funding has come almost exclusively from wealthy individuals. Investment banker Saul Fox gave $200,000, and further down the list, David Hearst Jr., grandson of newspaper tycoon William Randolph Hearst, pitched in $32,000.

What Elder lacks, however, is significant support from corporations or unions.

Newsom, or more accurately the anti-recall effort, has drawn copious financial backing from labor unions—in particular the Service Employees International Union, which has historically backed Democratic candidates. Five local SEIU chapters plus the union’s political action committee have chipped in a total of $5 million among them.

SEIU Local 1000, which represents 96,000 state employees, gave $1 million to anti-recall efforts, even after the local’s newly elected president, Richard Lewis Brown, said in May that the union would refuse to back Newsom, telling the Associated Press that “he can look for somebody else to support him. He will not get any help from us. He’s on his own.”

But outgoing President Yvonne Walker pushed the million-dollar contribution through the Local 1000 board by a 44-9 vote (with five abstentions) just days after she lost her election to Brown, and less than four weeks before her successor took over.

Newsom’s financial juggernaut, perhaps fueled by the emergence of Elder as a bete noire, has coincided with his rapid rise in the polls. As recently as August 24, Newsom was still sitting below the 50 percent cutoff.  On Sept. 7, his numbers had jumped more than 10 points, with FiveThirtyEight showing 54.3 percent for “Keep” and 42 percent for “Remove.” 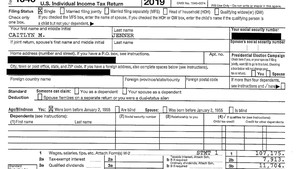 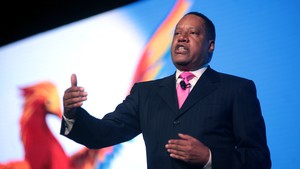 NEWS
Is California’s Recall Voting Process Undemocratic?
The next governor of California could win election with far fewer votes that the incumbent governor in the state's recall vote Sept. 14. How did the recall process become so undemocratic? 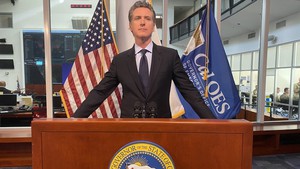