A new law signed by Gov. Newsom is designed to help enforce civility at public meetings disrupted for political purposes. 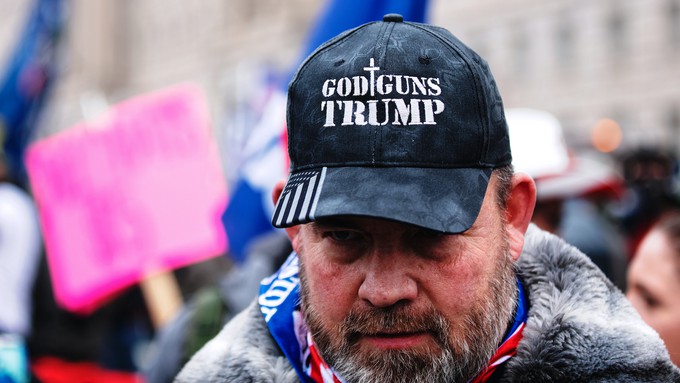 Supporters of Donald Trump have been behind a series of disruptions and threats at local government meetings.

California was one of the states that pioneered the idea that meetings of government committees—such as city councils, county supervisors, school boards and so on—should be open to the public. Under a new law signed by Gavin Newsom in August, government officials will now have an easier time kicking certain members of the public out of those open meetings.

Kooks, obstreperous cranks, chronic complainers and bloviating gasbags are regular features of public meetings. Yet they, too, are also citizens.

Under the Ralph M. Brown Act, the state’s open-meeting law that was passed 70 years ago, members of the public have the right to speak at governmental meetings, addressing public officials directly to express their opinions and concerns. It’s safe to say that, historically, most citizens have taken that right seriously and raised legitimate issues with their government representatives. But not all. As far back as 2002, the League of California Cities Annual Conference heard a report titled “Dealing With Disruptive Members of the Public.”

Kooks, obstreperous cranks, chronic complainers and bloviating gasbags are regular features of public meetings. Yet they, too, are also citizens. Within reason, it is a public official’s job to hear them out, the same as any other speaker. But during the COVID-19 pandemic—and with the advent of social media and smartphone cameras that allow moments of outrageous behavior to go viral—incidents in which citizens have brazenly disrupted public meetings, often with violent rhetoric, racism and even death threats, have skyrocketed.

California’s new law is an attempt to do something about this alarming trend. But will it end up going too far, and leading to suppression of unpopular views at public meetings? Here’s what the law will do and how we got here.

The First Amendment and Public Meetings

Utah enacted the country’s first open-meeting or “sunshine” law in 1898, but most states waited until the mid-20th century to open government meetings to the public. California’s Brown Act took effect in 1953. It wasn’t until 1976 that all 50 states had some version of an open meeting law in effect.

The Constitution itself was composed in secret. The Constitutional Convention of 1787, a five-month session presided over by President George Washington himself, was kept so hush-hush that the public wasn’t told about the existence of the new U.S. Constitution until it was already completed and signed. Most of the Constitution’s authors never spoke publicly about what took place in their meetings for the rest of their lives.

In a 1984 case with the cumbersome title Minnesota State Board for Community Colleges v. Knight, the U.S, Supreme Court ruled that “it is inherent in a republican form of government that direct public participation in government policymaking is limited.”

The court in the Minnesota State Board case stated that “the Constitution does not grant to members of the public generally a right to be heard by public bodies making decisions of policy.”

Despite the Constitutional omission, individual state open meeting laws have established that right. But the right to speak at public meetings is not absolute. A state or local government can put rules in place regulating the “time, place, and manner” of public comments. But they cannot favor people with one political point of view over those with a different one. They can also, importantly, limit speech and behavior that disrupts a public meeting.

San Jose State Sen. Dave Cortese, an author of California’s newly signed SB 1100—the bill that cracks down on public meeting disruptors—told the Los Angeles Times that he is a “First Amendment absolutist” and that “if you’re going to be thrown out, it better be for something real and actual.” So what does it mean to “disrupt” a public meeting?

Threats of Violence and Menace at Public Meetings

Public meetings of government bodies at the local level have fallen victim to a wave of disturbing incidents since 2020. In a 2021 National League of Cities survey, 85 percent of local officials said that they believed attacks on public officials were increasing and 81 percent said they, themselves, had experienced such attacks.

School boards, especially, have been the targets of disruptions by right-wing agitators. In September of 2021, leaders of the National School Boards Association sent a letter to President Joe Biden documenting more than 20 incidents of “malice, violence, and threats against public school officials” which they likened to “a form of domestic terrorism and hate crimes.”

California has certainly not avoided the trend. In August of 2020, a meeting of the board of supervisors in Shasta County, not exactly a bastion of leftwing liberalism—in 2020 the county voted for Donald Trump over Joe Biden 62-35—saw a local militia leader named Carlos Zapata threaten a violent rebellion over COVID health restrictions.

Orange County supervisors were inundated with anti-vaccine protesters during the summer of 2021, but the usual conspiratorial rhetoric—the anti-vaxxers claimed that the government would somehow deny them food and water for refusing the COVID vaccination—turned even uglier when one speaker told board Chair Andrew Do to “go the fuck back to Vietnam,” and called the Vietnamese-American Do a “communist parasite.”

The Placer County city of Rocklin has law enforcement officers at school board meetings to shield the board members from parents enraged by school mask mandates and other COVID measures. Nor is it only COVID that has brought out extremists to local meetings. In Modesto, members of the far-right militia group Proud Boys showed up at a city council meeting in June 2021 to protest a police oversight initiative.

Other Modesto citizens argued back against the Proud Boy speakers, and police needed to calm the crowd down. Mayor Sue Zwahlen called a halt to the meeting until the crowd somehow settled down.

Who’s Behind the Wave of Public Meeting Disruptions?

Why is the wave of government meeting disruptions happening? That's a difficult question to answer. The reasons are complex. But at one rather basic level, they’re happening because powerful people in the Donald Trump “MAGA” movement want them to.

Trump himself has encouraged violence by his supporters dozens of times from the beginning of his presidential campaign in 2015 to the end of his term in office, when he inspired a mob to attack the U.S. Capitol in an attempt to stop the count of the electoral votes that would finalize his 2020 election loss.

Steve Bannon, Trump’s 2016 campaign chief and, briefly, chief strategist in the Trump White House, has regularly used his daily War Room podcast to call on Trump supporters to take over school boards and all levels of local government.

In 2022, more than a year after he departed the White House, Trump appeared to call for disruptive action against school boards when he told his supporters in a speech that stopping the supposed teaching of Critical Race Theory in public schools “is not just a matter of values, it’s also a matter of national survival.”

He called on his followers to “lay down their very lives,” declaring that “if we allow the Marxists and Communists and Socialists to teach our children to hate America, there will be no one left to defend our flag or to protect our great country or its freedom.”

Steve Bannon, Trump’s 2016 campaign chief and, briefly, chief strategist in the Trump White House, has regularly used his daily War Room podcast to call on Trump supporters to take over school boards and all levels of local government.

Right-wing think tanks and law firms have helped spawn phony “grassroots” organizations that descend on school board and other local government meetings, according to an NBC News report. The report identified 165 groups that “share strategies of disruption, publicity and mobilization. The groups swarm school board meetings, inundate districts with time-consuming public records requests and file lawsuits and federal complaints alleging discrimination against white students.”

Many of the groups are so-called “astroturf” organizations, because while they present themselves as spontaneous, “grassroots” uprisings of concerned citizens, they are in reality funded by “dark money” from right-wing organizations such as the Koch network, the Heritage Foundation, the DeVos Family Foundation and others, according to an investigation by the Connecticut news site CT Insider.

“We’re very worried about the threat of violence—not necessarily by big talkers, like Carlos Zapata,” Chico State University lecturer and expert on right-wing extremism Shawn Schwaller told the Sacramento Bee. “I worry it could inspire like a no-name person, you know, to rise up and just kind of go postal and could do something really bad.”

That fear was what motivated Cortese to co-author SB 1100 with Assemblymember Evan Low, also from San Jose. At several Los Gatos City Council meetings in 2021, right-wing protesters showed up and unleashed diatribes against the LGBTQ community and Black Lives Matter.

They leveled personal attacks against then-Mayor Marico Sayoc, threatening her physically and calling her a Marxist. The protesters—some of whom were alleged to be affiliated with racist groups—also threatened Sayoc’s high-school-age son, who had become a political activist for progressive causes during the pandemic.

After Sayoc, for safety reasons, switched the council meetings to a virtual, online setting, the right-wing groups showed up at her home and the home of Vice Mayor Rob Rennie.

What Does the New Bill Allow?

Open meeting laws have long contained provisions for expelling unruly members of the public, but the 1953 Brown Act is rather vague about how people could be kicked out, and why. The Cortese-Low bill amends the 1953 Brown Act to make the process a lot more simple. Rather than requiring a vote of the board—whichever board happens to be holding the meeting—SB 1100 allows the “presiding officer” to unilaterally eject a disruptive attendee.

The presiding officer can be the mayor, the committee chair, the city manager or whoever’s usual job is to run the meeting. The bill also provides a clearer definition of what counts as “disrupting” a meeting—namely, “engaging in behavior during a meeting of a legislative body that actually disrupts, disturbs, impedes, or renders infeasible the orderly conduct of the meeting.”

That behavior can be a threat to use force, or actual use of force—or any failure to comply with “reasonable and lawful regulations.” A threat of force would be one that “a reasonable observer would perceive” as an actual threat of violence.

The law, according to Cortese, is not designed to suppress speech, but to foster an atmosphere of open debate at public meetings that isn’t stifled by threats, intimidation, and bullying.

“In a way, by clarifying what the rules are, it may actually enhance the opportunity to be heard,” Cortese told Bloomberg News. 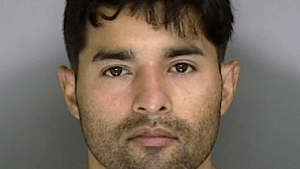 AGGREGATOR
Facebook and Steven Carrillo: How a Veteran Became a Cop Killer
Confessed slayer of sheriff’s sergeant and federal officer was radicalized by the online extremist movement known as ‘boogaloo.’ 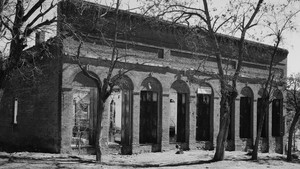 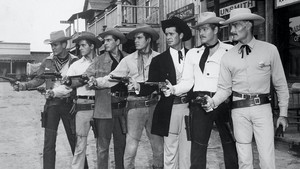 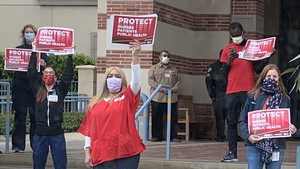