Good Times Looks Back on ‘Killer Klowns From Outer Space’

For decades, the Chiodo Brothers’ 1988 horror comedy was the best movie shot in Santa Cruz. 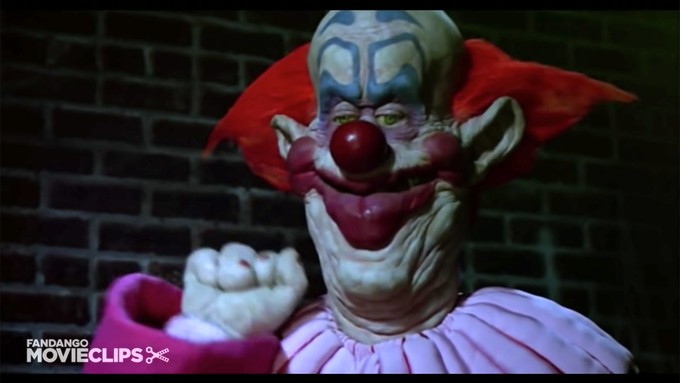 The "Killer Klowns" filmmakers shot on the Santa Cruz Beach Boardwalk because it reminded them of “summer days at Rye Playland,” a New York beachfront amusement park they used to frequent. Fandango Movieclips   YouTube.com

Santa Cruz is one of the most photogenic places in the state. But until 2019’s Us, there was only one worthwhile movie made there. The Chiodo Brothers’ 1988 Killer Klowns From Outer Space was the best Santa Cruz movie for decades, just because it was a sturdy, humorous creature-feature that did what it set out to do. It’s a story of clowniform ETs in a flying circus tent whose idea of fun is MURDER.

To Joseph, director Stephen Chiodo describes the cult film: “it was a ’50s movie made in the ’80s, and it was exactly what we wanted.” Tidbits include crediting the source of the movie’s look to the influence of Italian designer Ettore Sottsass. They offer praise for Watsonville’s above-and-beyond cooperation with the shoot. And it seems the trek to Santa Cruz had less to do with the popular (but bad) Lost Boys than it did for Chiodo’s nostalgia for the Rye Amusement Park they attended as kids. That park, seen in the Tom Hanks movie Big, has a certain resemblance to the world-famous Boardwalk.