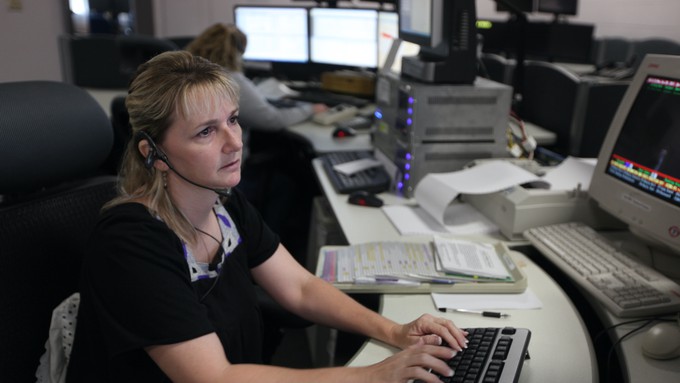 California will soon be getting a new hotline number as an alternative to 911 for mental health crises. United States Marine Corps / WIkimedia Commons   Public Domain

When two San Francisco police officers showed up at Sean Moore’s house in early January of 2017, responding to a complaint from a neighbor, they were not aware that the man they were about to confront suffered from schizophrenia and bipolar disorder. Nor were the two cops trained in mental health crisis intervention. A fight ensued between Moore and the officers, which ended only when they shot him in the midsection and the groin.

Moore fortunately survived his wounds. But a few months later, in Sacramento County, Mikel McIntyre was not as fortunate. According to his mother, McIntyre’s mental health issues had surfaced only recently, brought on, she believed, by stress in his life. He exhibited strange behavior.

Sheriff’s deputies first came to McIntyre’s home when his family called 911. But they somehow decided that he was not a candidate for a mental health hold. Later, they  showed up in response to a call of a man attacking a woman in a parking lot. The woman was McIntyre’s mother. McIntyre threw rocks at the sheriff’s deputies, then ran away.

They shot him in the back, killing him.

The Dangers of 911 for People in a Mental Health Crisis

Those terrible incidents were just two out of hundreds nationwide in which police have shot and in many cases killed people who were going through a mental health crisis. A 2016 report by the Los Angeles Police Department found that more than one of every three people shot by the LAPD the previous year—14 of 38—had a history of mental illness. And since 2015, police officers across the United States have shot dead almost 1,500 mentally ill individuals, according to the Washington Post database of police shootings.

A 2015 report by the Treatment Advocacy Center found that people who have untreated mental illnesses are a stunning 16 times more likely to be killed during any encounter with police, compared to other people pulled over or stopped by cops.

Numbers like that are why, especially in the aftermath of the 2020 protests against police violence, questions have been raised—including by some police departments themselves—about why cops respond to mental health incidents at all, rather than clinicians or social workers with training in how to evaluate and handle people in the midst of a mental health crisis.

While some police departments have already instituted programs under which 911 dispatchers send mental health professionals rather than or in addition to police in response to mental health calls, the California legislature in early September passed $20 million in new funding to support a new emergency call service that would be separate from 911. According to a CalMatters report by Jocelyn Wiener, the lawmakers allocated the cash to support in-state operations of the new service, which utilizes  the telephone-dial numbers 988, and was approved on a bipartisan basis by the United States Congress in 2020.

911 May Have Been Pushed Forward by an Infamous Murder

The 988 number will be the first new emergency number in the United States since 1967. The United Kingdom’s emergency number, 999, has been in use since 1937. The idea for a dedicated emergency phone number in the United States was first proposed 20 years after that, in 1957, by the International Association of Fire Chiefs,  who thought it would be a good idea for people to have a single number they could call to report fires. At that time, people had nowhere to call that was supposed to be just for emergencies. The telephone company's operator, or a nearby hospital, was on the receiving end of emergency calls.  In 1921, New York City’s Bellevue Hospital answered 2,500 emergency calls every day.

It took another 10 years, until 1967,  for the single-number idea to take hold. The idea was, at least according to a PBS report, propelled forward by a tragedy—the murder of Kitty Genovese in 1964, in New York City. The murder became a grimly iconic illustration of the supposed apathy of city dwellers who witnessed the attack but did nothing because they didn;t want to “get involved.”

But if even one witness had a simple quick number to call, perhaps Geneovese could have been saved. That was reportedly the thinking at the time. Three years later, the President's Commission on Law Enforcement and Administration of Justice decided that there should be one, easy-to-remember number for all types of emergencies.

The Federal Communications Commission then huddled with AT&T—at the time a government-sanctioned telephone monopoly—to come up with the number “911” for the new emergency service, for the simple reasons that it was easy to remember and easy to dial, at a time when the rotary dial phone was still the dominant model (touch-tone phones were introduced in 1963, but did not take over the market until the 1980s). The “911” combination had also never been used before as an area code or other type of service code.

In a country as vast and spread out as the U.S., somehow convincing every state, every city, and every person to rely on one single phone number was not going to be easy. It wasn’t until 1973 that California became the first state to pass a law mandating that 911 be used as the universal emergency number. Even then, there were hurdles to cross. Namely, Gov. Ronald Reagan who needed some impassioned persuasion from Assemblymember Charles Hugh Warren (not related to California’s earlier governor, Earl Warren), who sponsored the 911 bill and proposed paying for it with a new tax, something the hardcore conservative Reagan generally frowned upon.

The tax came in the form of a surcharge on customers’ phone bills. The persistent Warren managed to get Reagan to sign off, and his bill  unified the 911 system for the state—where previously each city  managed its own emergency phone system—setting off a wave of similar legislation across the country.

The new federal law authorizes states to add new fees to consumer phone bills, in order to cover the cost of the new 988 service, which state officials described as a “robust” call system for acute mental health issues. The 988 number would connect callers with the National Suicide Prevention Lifeline (NSPL), which has 13 call centers in California. (The NSPH uses a standard, 10-digit phone number—1-800-273-8255—which could be difficult for a person going through a crisis to remember.) Those centers will likely see a surge in calls once the simpler, three-digit number goes into effect.

But the added phone bill fees were a sticking point in the legislature. California phone customers already have 30 cents added to their monthly bill to support 911 service. The legislation that would have added the new fee, appropriately numbered AB988, died in the state senate in June of 2021.

The bill would have allowed the 988 surcharge to run as high as 80 cents, though for the first two years it could be no higher than the 911 charge. The telecommunications industry lobbied hard against the bill, saying that if any new fee was added at all, it should cap out at 10 cents. The $20 million allocated by the state is intended to cover initial costs of the hotline, but advocates say that more funding will soon be necessary to keep the service running.