Spanish explorer Gabriel Moraga named the river in the current city “Rio de los Sacramentos” when he encountered it on his expedition in 1808. A Spanish writer on the expedition wrote, “The air was like champagne, and (the Spaniards) drank deep of it, drank in the beauty around them. ‘¡Es como el sagrado sacramento!’ (It's like the Blessed Sacrament),” referring to the Catholic sacrament of the Eucharist. The name of the river was later shortened to Sacramento and used for the city. 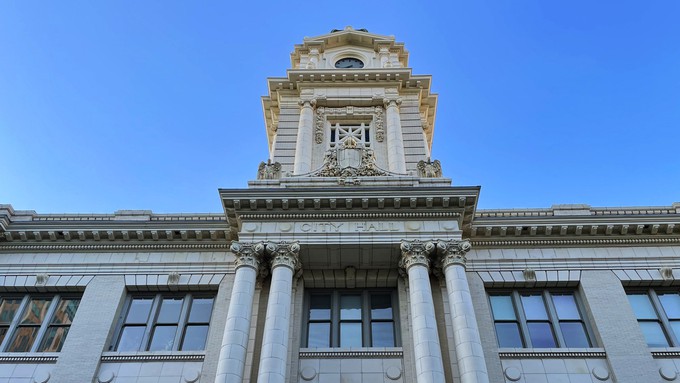 The Sacramento City Council consists of a mayor, elected by all city voters, and eight councilmembers, elected to represent separate districts.


Construction is about to begin on a 150-unit apartment building for low-income seniors in the downtown Sacramento Railyards.


Sean Loloee stood in what appears to be his wife’s $1.4 million Granite Bay estate to raise his right hand to be sworn in to represent Del Paso Heights on the Sacramento City Council — not a friend’s house in East Sacramento, as he has said.

Tweets by City of Sacramento
Select Facebook Feed From Menu