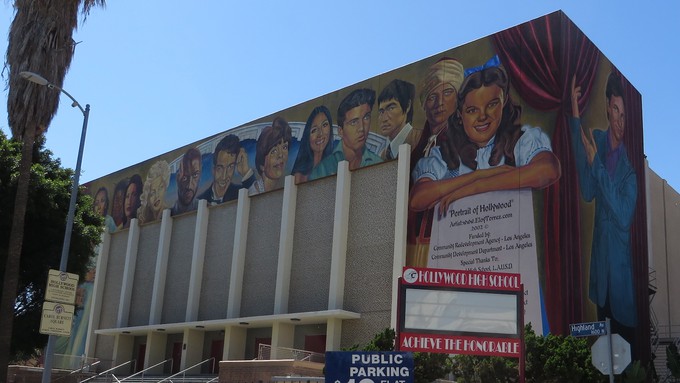 In 1849, as California was getting ready to become the 31st state in the union, the framers of its Constitution found themselves in a spirited debate over one issue that would become fundamental to the future of any state—education. Would California adopt a system of public education at all? Or simply leave the schooling of its citizens to themselves, or to private entities?

In the end, of course, they chose to establish a public school system in California. But there was another problem. How would this extensive and sprawling bureaucracy be managed? The framers decided to put the responsibility in the hands of one man—in a job that would be known as the California Superintendent of Public Instruction.

California education has become a sprawling bureaucracy in the ensuing 170-plus years. And yet today, all of California’s more than 10,500 schools—including alternative, special education, and community day schools—ultimately fall under the supervision of that one man.

And it has almost always been a man. Of all California Superintendents of Public Instruction, starting with Sonora Judge John G Marvin in 1851, only one woman has held the post. That was Delaine Eastin, who served from 1995 to 2003, winning election to two terms. The 28th Superintendent of Public Instruction is Tony Thurmond, who was elected in 2018 to a four-year term.

Power Struggle Between Superintedent and Governor

Almost no sooner than the superintendent’s job was created, there came a serious push to ditch it. In 1853, Governor John Bigler attempted to get the state legislature to eliminate the elected post, proposing that the entire responsibility for overseeing the California public education system be handed to the clerk of the state Supreme Court, who presumably could handle the education system as his side hustle. But the young state legislature overruled the governor.

The Bigler incident was the first indication of a power struggle between the superintendent and governor that has continued more or less unabated to the present day. A certain amount of tension also exists between the superintendent, who is a statewide elected official, and the California Board of Education, the 11-member body that is appointed by the governor. California is one of only 13 states to elect their top education official. In 27 others, the state Board of Ed picks its own superintendent. The governor appoints the post in the remaining states.

The Board of Education was not created until three years after the superintendent’s position was established, in 1852. Starting in 1991, under Governor Pete Wilson, California also had a state Secretary of Education, in addition to the Superintendent of Instruction and the Board of Education. The position had little actual authority, and in 2008—after the fourth of Governor Arnold Schwarznegger’s five education secretaries quit the job—the Pacific Research Institute called for the post to be abolished, decrying it as a “sinecure.”

Three years later, Schwarznegger’s successor Jerry Brown took them up on it, eliminating the position from his cabinet.

But the elected superintendent’s position remains, with the responsibility for overseeing the appointed Board of Education. The Board is the policy-making arm of the Department of Education, which in turn is the top administrative entity for K-12 public education throughout the state.

Though local and county education systems have their own governing boards and administrators, the State Board of Education wields a considerable amount of power over education statewide. The SBE sets policies for the state’s Department of Education, a bureaucracy with nearly 2,800 employees, though the state legislature is responsible for passing laws that make up California’s Education Code. The Code covers such issues as student rights and disciplinary procedures, as well as whether and how schools teach certain topics. Sex education, for example. But anything not specifically designated by the Code is left up to local school districts.

The board selects textbooks for grades K-8, and is responsible for creating the curriculum frameworks for all grades. It determines the tests given for the California Assessment of Student Performance and Progress, the statewide student testing system that replaced the Standardized Testing and Reporting Program in 2013. In addition, the Board approves allocations of state and federal education funding, and oversees California’s compliance with federal education laws.

The Superintendent is in charge of making sure that the Board’s policies are carried out. The job, according to the education site EdSource, however, is largely about advocating for policies. As the state’s top education official, the superintendent’s positions and opinions carry considerable influence. The officeholder also holds a position on several state committees, including the California State Teachers Retirement System and Commission on Teacher Credentialing.

While the Superintendent, Board, and Department of Education are the ultimate authority for state education policies and practices, the heart of the state’s education system lies within the 1,037 local school districts, with almost 6.2 million students (as of 2019-2020)—the United States’ largest school system.

Local districts are governed by elected school boards,  each with five key responsibilities. But their overall mission, according to the California School Boards Association, “is to ensure that school districts are responsive to the values, beliefs and priorities of their communities.”

They do this, per the association, by“setting direction, establishing an effective and efficient structure, providing support, ensuring accountability, and providing community leadership as advocates for children, the school district and public schools.”

Those are the broad strokes. In specific terms, local school boards set staffing and, perhaps most importantly, negotiate contracts with unions that represent teachers and other employees. The district superintendent and other administrators usually carry out those negotiations on the school board’s behalf.

Each of California’s 58 counties also has a school superintendent, whose primary job is to serve as a sort of middleman between the local school districts and the state Board of Education, making sure that the state policies are put in place at the local level and providing support services and oversight on both the academic and financial sides to the districts. 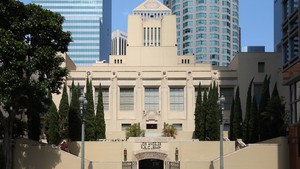 EXPLAINER
How Cool Are Libraries?
California has gone from one library to more than 1,100 in the last 171 years.